Arianna King is the lovely NFL wag married to Patriots running back, Brandon Bolden –she and the Super Bowl champ have been married for the last four years but they go way back, meet her below.

Bolden played football at Scotlandville Magnet High School in Louisiana. He went onto play college football at the University of Mississippi. He achieved great success playing with the Ole Miss Rebels and was signed by the New England Patriots as a rookie free agent in 2012.

He made his NFL debut that same year and since has helped the team win Super Bowls XLIX and LI. He was the NFL’s FedEx Ground Player of the Week for Week 4 after rushing for 137 yards on 16 carries. He was released and re-signed by the Patriots last September. 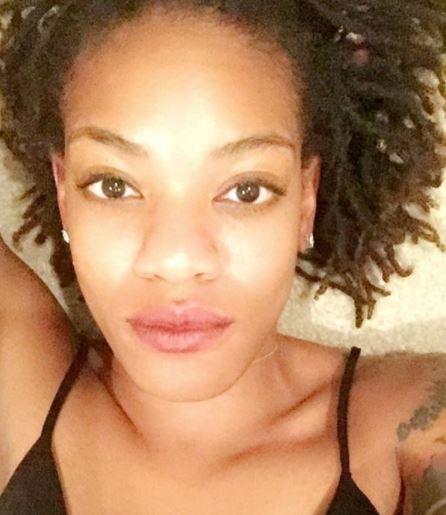 Brandon has been a busy fella off the field as well. He and then high school girlfriend, Arianna King welcomed their first child in 2011. The pair welcomed a son, Brycen on May 2, 2011. Three years later after the birth of Brycen, Brandon surprised her with a stunning squared shaped diamond ring. The two were hitched in holy matrimony on June 21, 2014 in Baton Rouge –with their little boy by their side. 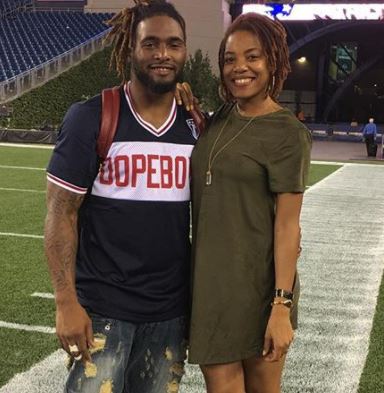 Both Brandon and Arianna Bolden graduated in 2008 from Scotlandville Magnet High School. The wife and mom graduated in the national honor society, according to the Bleacher seats. When not cheering for her man on the field or tending to her children –the NFL wag spends her time helping out at elementary schools on field trips to various places.

As an interesting fact, Arianna King is perhaps as tattooed as her man.

Check out this lovely NFL wag on Instagram here.