Brandie’s NFL stud is out for the rest of the season. The 29-year-old was suspended by the Raiders due to a gratuitous helmet-to-helmet hit on Indianapolis Colts tight end Jack Doyle.
The Los Angeles native born September 24, 1990;helped lead Centennial High School to an undefeated season, winning California’s CIF title in 2008.
He went onto play college football at Arizona State, where he was named TSN Pac-10 Defensive MVP in 2010.
He signed with the Cincinnati Bengals in 2012 as an undrafted free agent; named to his first Pro Bowl after leading the NFL with 171 tackles during the 2013 season.
Vontaze has been in a relationship with Brandie LaBomme for years. Meet her below. 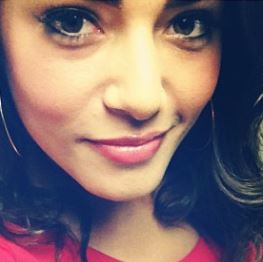 #1 She hails from California

Brandie Marie LaBomme Olson, was born on July 4, 1990, in Los Angeles, Cali; she is one of the children born to Donald and Christie LaBomme, also the proud parents of her younger brother Brice Gordon.

#2 She met Vontaze in high school

Brandie met Vontaze while they both attended at Centennial High School, from where she graduated in 2008.

In 2012, she graduated with a bachelor in business communications and French from Arizona State.

According to her LinkedIn, Brandie worked as a teacher assistant at Frisco Centennial High School from 2006 to 2008; she was also a child center associate for Lifetime Fitness. Then in 2010, became an educator tutor for Supai Middle School.

#5 She is currently a leasing agent

In 2010 she began working as a leasing agent for Block 1949 -which is her most recent job. At the time she was in charge of managing apartment showings and lease agreements.

The couple who began dating back in 2011, are the proud parents of two children, daughters Aiyanna, born in 2015 and, a second daughter arrived in May 2017.

#7 She is active on social media