You are here: Home / NFL / Who is Branden Albert’s Wife/Girlfriend?

Branden Albert is Pro Bowl tackle who played nine seasons in the NFL before announcing his retire in August 2017.

Branden B. Albert was born April 11, 1984; the Rochester, N.Y. native is the son of Susan Albert. He has an older brother, Ashley, and an older sister, Sylvia.

Albert who played college football at Virginia was drafted out of the University of Virginia in 2008. In 2013 he went onto sing a one-year contract of $9.8 million. He responded with his best season since being drafted. He was selected for his first Pro Bowl after the season.

Albert signed a five-year, $47 million contract with the Miami Dolphins after spending his first six seasons with the Kansas City Chiefs. In addition of the Dolphins and Chiefs Albert also played football for the Jaguars. He was a member of the Jaguars for just five months after being traded by the Dolphins in March for a conditional 2018 seventh-rounder (Albert has to appear in three games next season). 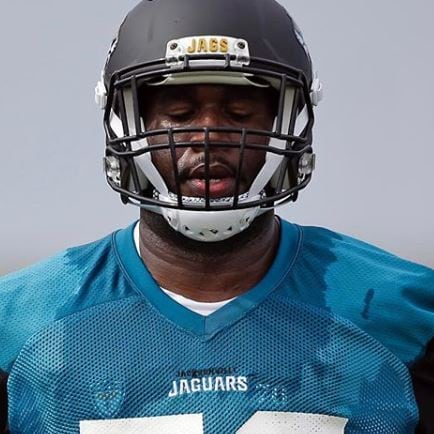 He made headlines last year after abruptly announcing his retirement and later saying he wanted to unretired. Last thing we heard about him professionally wise, is that he would have a tryout with the Giants and the Seattle Seahawks.

Things definitely not going the right way for the former Pro Bowl offensive lineman; as you may have heard he was arrested this February after punching a hole in a jewelry cabinet, tackling an officer and attempting to flee the scene after being tased.

A recent video of his arrest shows, the 6 ft 5 in player was hit with a taser twice. Albert was charged with criminal damage to property, a felony, and willful obstruction of law enforcement officers, a misdemeanor. It is not clear if the former NFL star is currently in a relationship or if he is single. He is not on social media either.