Bria is the name of the lovely girlfriend of NFL rookie player, Bradley Chubb –currently playing with the Denver Broncos.

Bria’s man was born Bradley Austin Chubb on June 24, 1996; the Marietta, Georgia native is the son of Aaron and Stacey Chubb.

He then played college football at NC State –where he played in the 2016 Independence Bowl and was a three-year starter who opened 38-of-49 games played. 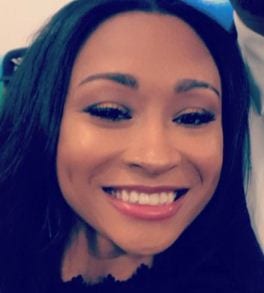 The outside linebacker was picked 5th in round 1 of this year’s NFL Draft.

Although Chubb has been dating girlfriend Bria –who was actually present on Draft day –it’s safe to say he’s been focusing on his game. In fact, there’s not much of a ‘Bria presence’ on his social media and that’s to say the least since he hasn’t posted one picture with her.

Bria who is active on Twitter –on the other hand, is always sharing supportive comments her man’s way. Last December she tweeted ‘Best Defensive Player in the Nation’

Most recently she also showed major love and support telling her followers to donate to his foundation for ‘giving Tuesday’ –she tweeted last month “The Chubb Brothers are matching donations made on #givingtuesday to the @ChubbFoundation . Help us activate human potential.”

Brandon and Bradley Chubb are the founders for the Chubb Foundation which promotes human potential.