Kendra Cofield is the lovely wife of former NFL player, Barry Cofield –who previously played with the NY Giants.

Kendra’s husband was hit with several charges, including ****** possession, assaulting an officer, DUI, resisting arrest and fleeing from police. This from an incident that took place last July when the 35-year-old led police on a chase.

Footage of his arrest has been released and officers can be heard yelling “Get out of the car or we’ll shoot!”

Barry was born Barry Joseph Cofield, Jr. on March 19, 1984; the Cleveland native was an impressive athlete at Cleveland Heights High School, where he reached the varsity level in football, basketball, track and baseball.

In 2006 he was selected in the 4th round by the Giants, two years later he won his first Super Bowl championship with teammate Eli Manning in 2008. 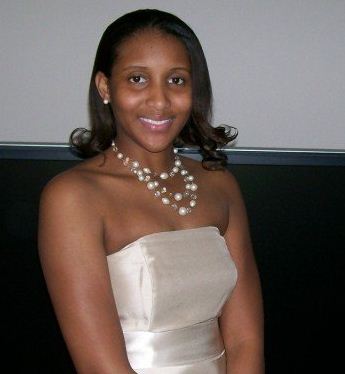 The 6 ft 4; 303 lb former defensive lineman has been married to high school sweetheart, Kendra since 2007.

Like her man, Kendra who was born Kendra Michelle Armstrong on December 31, 1983 –also attended Cleveland Heights High School. Barry asked her out to the movies and the two began dating. They were boyfriend and girlfriend for about seven years prior to their nuptials.

In 2011, she gave birth to the couple’s only son, Barry III. That same year she and her NFL player stud, began The Barry and Kendra Cofield Youth Foundation.

Kendra attended Northwestern University –where she obtained a Bachelor of Science in Mechanical engineering. The NFL wag and mom also has a Master’s degree in Mechanical and Aerospace engineering from Princeton University. She is definitely pretty private but she does keep an Instagram profile.