Her NFL man was born July 10, 1988. The Miami, Florida native attended Central Michigan University. The WR began his career with the Pittsburgh Steelers in 2010.

A year later in 2011, he became the first NFL player in history to compile over 1,000 returning and receiving yards in a single season.

Antonio had completed seven seasons with the Steelers and has been in a happy and steady relationship with Chelsie Kyriss for the past five years. 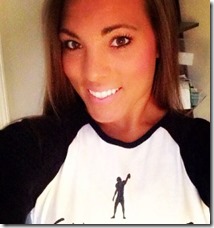 Prior to Chelsie Kyriss appearing in Antonio Brown’s life, the NFL player had already become a daddy to son Antonio Brown Jr. best known in training camp as little AB.

Antonio and AB’s mom, Shameika Brailsford, had somewhat of a turbulent relationship. Following their split, they engaged in a nasty he/say, she/say custody battle. It all ended up in with Brown ordered to pay 5k a month in child support. Brown is also the father of daughter, Antanyiah Brown aka LilmissAB.

Since Chelsie Kyriss appeared in the picture about five years ago, the pair have become proud parents of two. She first gave birth to son Autonomy in early in 2014. They welcomed daughter Ali Brown in April, 2015. 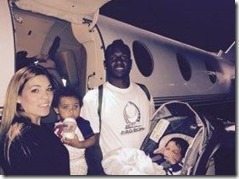 Like her man, Chelsie Kyriss already brings two children from a previous relationship, to her union with Brown. Her older children are Kellen and Brooklyn.

After graduating from Springboro High School, she enrolled at Sinclair Community College. She obtained a general education from Georgia Perimeter College in 2011.

The mom of four has held a number of jobs including sales rep and assistant teacher. Most recently she was named customer service representative for the Wilton Brand Inc.

But, when your man sings a 42.5 mill 5-year extension deal, you don’t really need a job. Kyriss told the NFL wife handbook, she is

‘fortunate to be able to stay at home with our boys, which as many of you know is a very rewarding job in and of itself.’

The wag also reveals she is a Christian who was able to reestablish her relationship with God through the Steelers’ wives’ Bible Study.