NFL Fullback Was Taken Into The Endzone

Jessica Arremony is the lovely wife of retired NFL player, Anthony Sherman -whom you know best as a player with the Kansas City Chiefs.

Jessica’s husband is a ninth-year fullback who entered his seventh season with Kansas City in 2019 after spending two seasons with the Arizona Cardinals.

Born December 11, 1988; Sherman grew up in North Attleboro, Massachusetts. He played football at North Attleboro High School and later college football at the University of Connecticut. His nickname is “Sausage,” and he is popularly known as the Sausage Sherman ever since his coach named him that.

Sherman is happily married to a stunning wife, Jessica Arremony. They tied the knot on June 21, 2013. 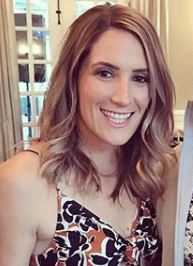 Who is Jessica Sherman?

Jessica Arremony is a Connecticut native who was born November 30, 1988. The brunette stunner isn’t your typical WAG, she definitely knows a thing or two about what it’s like to compete in sports.

Jessica attended Griswold High School -where she was a softball player. During her time in high school, Jessica Arremony was a four-time letter winner starring as a pitcher and in the infield. In addition, she also lettered four years in volleyball and two in basketball.

As a student/athlete at the University of Connecticut -she played for the softball team during her freshman and sophomore years.

Since becoming a wife in 2013, Jessica Arremony who now goes by Jessica Sherman -has also become the proud mother of three young children, two sons -Bo and Rex; and a daughter, Remi Harper who was born in 2018. 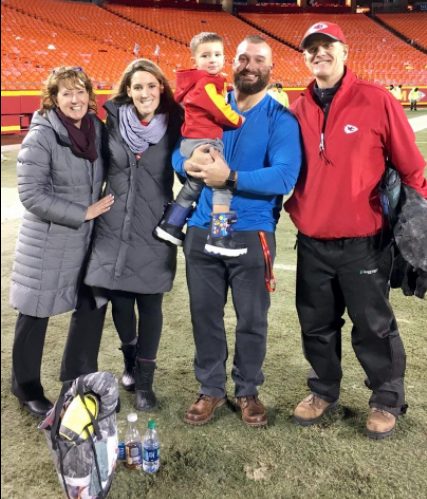 Not much is known about Sherman’s family but Sherman spends most of his time with his children and wife when he’s off the field. He has two sons and a lovely daughter.

Take a look at the gorgeous Kansas City Chiefs cheerleaders! They don’t have much to do with Jessica, we presume. And her husband nwas clearly too busy on the field to notice these pretty ladies. Here they are for those that like looking at pretty things.

Best Fullbacks of All Time

Sherman’s first touchdown was in 2013 and it was one of the most unforgettable moments ever.

Check out his best fullbacks in his career here:

Who Recently Retired From the Chiefs? It was Anthony Sherman who announced his retirement on March 4th, 2021.

What is Anthony Sherman Salary?

What is Anthony Sherman Net Worth?

Sherman’s net worth is estimated to be $2 million.

Anthony Sherman and his wife collaborated with Compassion International and participated in the ‘Fill the Stadium’ project to help the needy. This initiative was mainly due to the decrease in funding owing to the COVID-19 pandemic. It was to support nearly 70,000 children in dire times by providing essentials such as food, medical aid, nutrition, and other supplies.

Compassion International is a Christian Humanitarian aid and American Child Sponsorship Organization used to get sponsorships from sporting events and concerts. But since all outdoor events were canceled, there was a significant decline in their sponsorships. That’s when Sherman took up this initiative to serve the people in need. So far, around 23,000 people have been provided with the essentials.

A year back, Sherman and his wife, Jessica, took a trip to Nicaragua through Compassion, and it was one such trip that turned their lives ever since they have been actively involved with Compassion’s initiative.

You can check out Sherman’s retirement video that he uploaded on his Twitter here:

Recently, Sherman received a lot of negative comments when he compared the colored wristbands, which were used to denote the vaccination status of the players to racial discrimination. He tweeted about the issue and it did not receive any positive responses. It was decided that vaccinated players wear a specific colored wrist band and unvaccinated ones wear a different colored band.

The @NFL is making players wear colored wrist bands now based on vaccination status. Funny, I thought we all agreed on the evils of segregation back in the 60s. Here we are again- only this time it’s based on personal health choices instead of skin color.

If you’re a fan of Sherman, you might want to check out this sausage t-shirt

Check out his autographed football cards that are sure to become collectors items with his retirement announcement.

That was all about Sherman and his career, the latest news, children, and his personal life and wife Jessiaca. If you want to know more about other wags of some of the popular NFL players, head over here and know all about them and more!