Keri McClanahan was until recently the beautiful wife of former NFL player, Anthony McClanahan. She was killed earlier this month and Anthony has been charged with her murder.

Keri McClanahan, a Washington native, was found by officers on November 2 in a Utah condo, she presented numerous cuts to the front, back, and sides of her neck, as well as other defensive wounds and carpet burns, reports say.

Keri also known as KC –was killed with a paracord knife she wore around her wrist for protection, the documents state. It is believed her husband of less than a year slit her throat. She was 28-years-old and is survived by two young children.

Numerous outlets say Anthony was seen crawling through the hallways of the Park Regency condominiums in Park City, Utah, on his stomach, screaming for help on November second. At the time he told a nearby officer that two or three man had assaulted him, his wife and his baby. He then began convulsing and making a ‘snow angel motion,’ as described by officers. He was treated for minor injuries.

However, his story didn’t match with the investigation as authorities found no evidence of another person being in the apartment. Keri McClanahan lived in Arizona with her husband byt had recently ‘sought refuge’ in Utah. 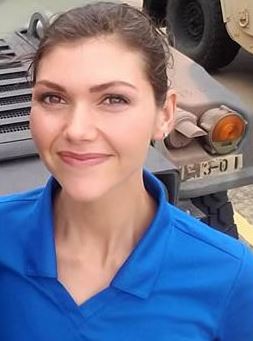 For investigators, it all indicates Keri put up a desperate struggle before she was viciously killed by her husband Anthony D. McClanahan. Keri McClanahan was the mother to two children, a nine-year-old girl and a seven-year-old boy –with another man. 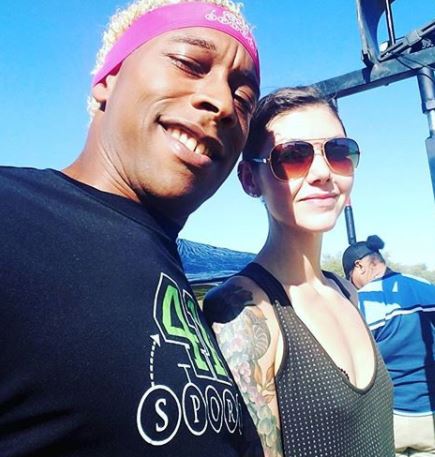 Her sister, Heather Gauf told media Keri McClanahan was a ‘beautiful spirit’ who was ‘instantly loved’ by people. She also revealed there had been a history of domestic violence between the couple.

Anthony McClanahan 46, is a former linebacker who was signed by the Dallas Cowboys in 1993 but never appeared in a game. He attended Washington State University. He went on to play for the Calgary Stampeders, and describes himself a ‘sports performance consultant.’ The former linebacker had been in trouble with the law just a few weeks earlier. He was accused in October of kidnapping his 8-year-old son. Anthony McClanahan allegedly kidnapped his son from an Arizona school. Police tracked him down, arrested him and took the boy back to his mom Donna May, the Daily Mail reports.

Keri and McClanahan were married on January 14, 2017. They held a small ceremony at Galbraith Mountain Bike Park in Bellingham, WA; followed by a reception at the Boundary Bay Brewery & Bistro.

Their social media shows as if they were a happy couple. The two were into fitness and even traveled to Houston to help hurricane Harvey victims.

A GoFundMe page has been set up to help her family with expenses.