Anna Congdon is the lovely and supportive girlfriend of college football player, Saquon Barkley –considered a number one pick in this year’s NFL draft.

Anna’s beau is soon to become an NFL player, he was born one of five children to parents Alibay Barkley and Tonya Johnson. His siblings include Shaquona, Aliyah, Rashard and Ali.

The NY native grew up a hard die fan of the New York Jets, while cursing his senior year at Whitehall High School, he rushed for an outstanding 31 touchdowns. Prior to declaring himself elegible for the 2018 NFL draft, Barkley was a star running back at Penn State University –helping the Nittany Lions win the Big Ten in 2016. 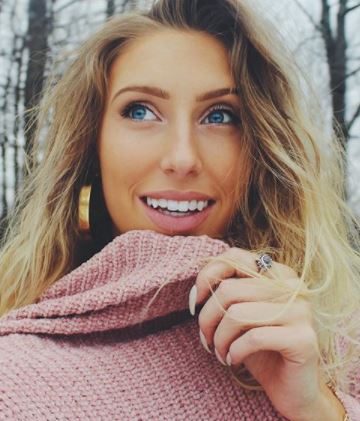 The 2016 Big Ten Offensive Player of the Year majored in journalism. Aside from his family, the other person excited for Barkley should be his stunning girlfriend, Anna Congdon. 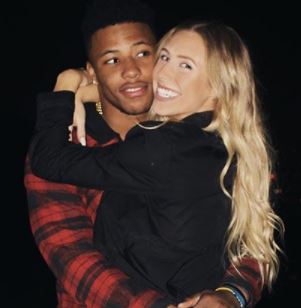 Miss Congdon met Saquon Barkley while attending Penn State. She was born Anna S. Congdon in 1998 and is a Pennsylvania native. She is the middle child of Daniel and Kathleen Congdon and she has one older sister and one younger brother.

Anna Congdon happens to know a thing or two about sports, while attending Forrest City High School, she played basketball.

The young blonde has amassed over 40K followers on social media, mostly due to the notoriety she’s got ever since she was linked to Barkley. However, is safe to say, Anna doesn’t need her top rated NFL running back prospect stud, to get some attention.

With her fitted body and good looks, she has the tools to pursue a successful career in modeling. However, the blonde is a sophomore pursuing some kind of degree. She and Barkley have been dating for over a year now.