Nicole Pechanec is the lovely and supportive girlfriend of NFL player, Andrew Luck –who is currently a player with the Indianapolis Colts.

Nicole’s NFL stud was placed on injury reserve last November, as you may have heard. The 28-year-old spent over a month in Europe receiving alternative treatments on his surgically-repaired throwing shoulder.

Luck received surgery last January; the operation, a labrum repair, was performed by Dr. Marc Safran, an orthopedic surgeon at his alma mater. However he was placed on injury reserve on November 2nd.

Aside from the alternative treatment, the quarterback has also received the support from former gymnast girlfriend, Nicole Pechanec –who was the Gymnastics team captain at Stanford –where she and Andrew met. 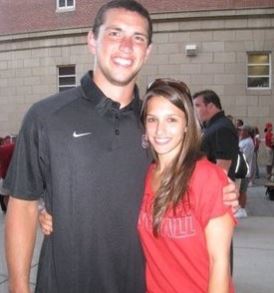 Born Aug. 17, 1989, to Czech parents in New Jersey, Nicole Pechanec was originally coached by her mother, Yvette (Yveta). According to her LinkedIn, Nicole spent the first 20 years of her life traveling the world in the midst of chalk dust and athletic tape.

As a gymnast, she competed on World Championship teams, invented a move on the uneven bars, and led the Stanford Women’s Gymnastics team to two NCAA finals. 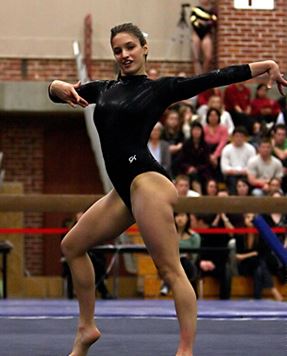 Nicole who holds a Bachelor of Science in Engineering and Architectural Design from Stamford and a Master of Business from Indiana University –is currently an associate producer for NBC Sports. Pechanec began working with the network in 2014.

According to her Facebook, she is also an associate producer at ESPN. Prior to that, she was a finance & strategy intern at High Alpha in the Indiana area.