Andrea Guy is the proud wife of NFL player, Lawrence Guy –currently a defensive end for the New England Patriots.

Born Lawrence Thomas Guy on March 17, 1990; the Las Vegas, Nevada native attended Western High School in Las Vegas, Nevada, where as a senior in 2007, he totaled 102 tackles, 15.5 quarterback sacks and one fumble recovery.

He chose to attend Arizona State University where he totaled 122 tackles, including 23 tackles for a loss and eight sacks, in 35 games (31 starts) at Arizona State, becoming a three-time honorable mention All-Pac-10 selection (2008-10). He majored in education and sociology at Arizona State.

Guy was originally drafted by Green Bay in the seventh round (233rd overall) of the 2011 NFL Draft but was released by Green Bay on August 2012. He was then signed by Green Bay to the practice squad in September. From there he signed with Indianapolis to the 53-man roster from the Green Bay practice squad but was released by Indianapolis and signed as a free agent and eventually released again. The 6 ft 4, 315 pounds player, was claimed off waivers and awarded to San Diego from Indianapolis. He was once again released and claimed off waivers and awarded to Baltimore from San Diego and signed to Baltimore as an unrestricted free agent.

Guy was signed by New England as an unrestricted free agent from Baltimore on March 2017. 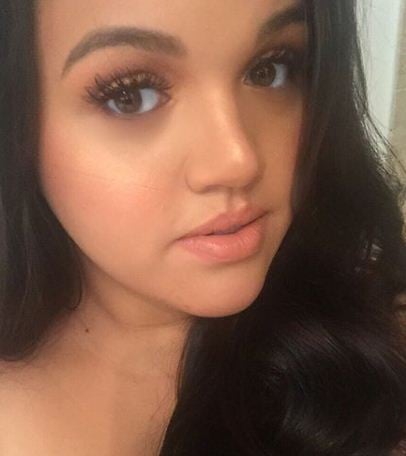 Off the field, Lawrence Guy is happily married to Andrea Guy, his wife since 2015. The couple met around 2013, at the time Andrea was a law student, they dated for about two years before getting hitched.

Together they are the proud parents of an adorable girl, Adriana born in 2017. She is currently pregnant, expecting the couple’s second child, a boy.

Andrea is originally from Miami, Florida, she was born Andrea Paola Aparicio Martinez. Her parents are Leda Martinez Aparicio and Abelardo Humberto Martinez. She has one sister.

When Andrea is not being the best NFL wag and mom she can be, she and her hubby enjoy organizing dinners for families at the Orchard Garden Boys and Girls Club of Boston.