Alysha Newman is the gorgeous Olympian girlfriend of NFL player, Anthony Chickillo -currently a linebacker with the Pittsburgh Steelers.

Alysha and the NFL player have been dating for some time but that might change after reports of Anthony assaulting Alysha have surfaced. According to the NY Post, 26-year-old Chickillo was arrested following an argument which resulted in Anthony pushing Newman.
According to Newman the argument turned physical and claimed Chickillo grabbed her “by the biceps and forced her against a wall and door” -leaving her with visible injuries. However, Anthony stated to authorities it was Alysha who hit him first so he responded by throwing her to the floor.

Chickillo was charged with simple assault, property damage and harassment.
The incident took place due to a gambling disagreement while the two were at Nemacolin Woodlands Resort in southwestern Pennsylvania.
Anthony Chickillo who was born December 10, 1992; is a Florida native who previously played college football at the University of Miami. He was drafted by the Steelers in the sixth round in 2015. 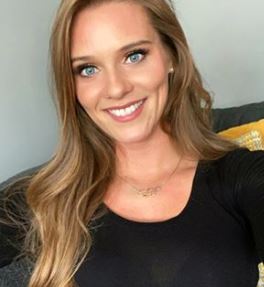 On the other hand, Newman is a star pole vaulter who competed in the Olympics in 2016 and won gold at the 2018 Commonwealth Games. In other words, the stunning and talented 25-year-old is a lot more popular than her NFL beau.

Alysha Newman was born June 29, 1994 to parents Paula Newman and Robert Newman. The London, Ontario native who attended high school in Canada was into gymnastics, however she was forced to retire following an injury. She then focused on track and field becoming the first Canadian high school girl to vault over four metres and went on to set national youth and junior records.

In 2014, Newman represented Canada at the Commonwealth Games, earning a bronze medal. While competing for University of Miami, Newman earned six First Team All-American citations and holds the school record, which she broke on her first ever vault at the university. She made her Olympic debut at Rio 2016.
Newman who met Anthony at the University of Miami, graduated in exercise physiology with a minor in nutrition.
Last year, she set the Commonwealth pole vault record en route to winning the gold medal in Gold Coast, however her 2018 season was cut short due to a knee injury.