Alexandra Woods is the stunning wife of NFL player, Robert Woods –currently a wide receiver for the Los Angeles Rams.

Alexandra and her NFL stud have not been married for long but they sure make for one of the hottest couples. Her man was born Robert Thomas Woods on April 10, 1992; the California native attended Junipero Serra High School and was named a 2011 AP First Team All-American.

Woods then hand a standout college career at USC –where he graduated with a bachelor’s degree in policy, planning and development. As a student athlete, he started 38-of-38 games in his three-year career at USC. Woods finished his career as the Trojans’ all-time leader in receptions; currently ranks eighth in program history with 2,930 receiving yards and second in receiving touchdowns. He set the Trojans all-time record for most receptions in a game and ended his time at USC with 200 total points scored.

He then was drafted into the NFL by the Buffalo Bills in 2013; he played with the Bills until 2016 and was signed to the Rams as a free agent in 2017. That same year and longtime girlfriend, Alexandra Barbee became engaged. 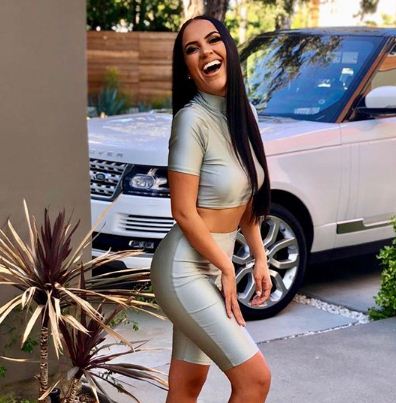 He popped the question over the summer during their Turks and Caicos vacation. The two tied the knot in 2018 at the Monarch Beach Resort Dana Point in California.

The two met at a party but sparks flew until a mutual friend insist that she got to know him. The stayed in touch after he went back to Buffalo and dated for two years before he proposed.

Alexandra who was born in 1993 is the daughter of Jacque Lyn Kuklinski and was raised along four brothers.

She is quite popular on social media, the NFL wag has certainly embraced the lifestyle and often shares images of the couple during luxurious trips or just looking **** with girlfriends. She is often seen on games cheering for her man and even holding a giant poster with his face on it. They are just adorable.