You are here: Home / NFL / Who is Aldon Smith’s Girlfriend/ Wife?

One of most talented players in the NFL, 24-year-old Aldon Smith, the San Francisco 49ers outside linebacker seems to be proving he is a real bad boy in and out of the field.

According to recent online sources he’s quickly becoming just as well known for the trouble he’s getting into, off the field.

Smith was detained at Los Angeles International Airport, according to numerous reports after being uncooperative with authorities and indicating he had a bomb. The 49ers said they were aware of the incident with Smith.

According to the Sacramento Bee, witnesses say the problems started with an argument with an agent at the ticket counter. The Bee had a statement from the airport police about the incident. It read, in part, that after being selected for secondary security screening, “The suspect then became belligerent and uncooperative with the process and with the TSA agent, making a comment indicating that he was in possession of a bomb before proceeding towards the gate area.”

The 49ers released a statement saying they are disappointed! And if his team is disappointed can you imagine what his better half is thinking right now? Does he even has a girlfriend? Who is he currently dating?

Well, we can’t answer that just yet, but we did find many pictures of him and MTV host, Nessa.

Watch the video below from last year, and see Aldon playing the “Booty game” and flirting with Nessa. Is that how it all started??

The former Missouri Tiger and the MTV Girl Code & Host of Real World Ex-Plosion Aftershow “Nessanitty” have many snaps of them looking more than cozy and cute together. One of his pictures on Istagram is captioned

Everyone deserves to feel true love and happiness. At least once! [email protected]

Assuming they are in fact in a relationship and we think they are, he is is big trouble not only with his team but with his girl too! According to Nessa’s page she actually lived through and survived the Gulf War while her dad was working in Saudi Arabia. Living in an American compound, she lived through the sounds of bombs trotting on her doorstep! So she might not get Aldon’s sense of humor with the whole bomb incident.

Most recent updates revelaed he had been drinking earlier in the day,

Watch the video below to see police taking Smith away from the gate. 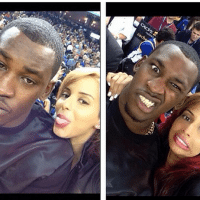 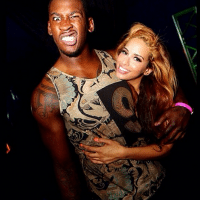 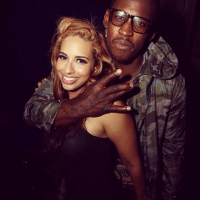 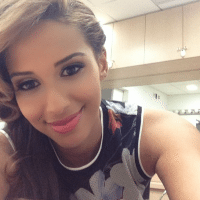 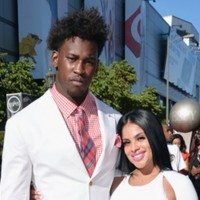 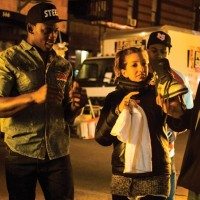