Jennifer Gase is the very beautiful wife of NFL coach Adam Gase. NFL wag Jennifer, has deep roots with the sport, she’s not only the spouse of the Dolphins head coach; her father happens to be Joe Vitt,  legendary NFL assistant head coach and linebackers coach with the New Orleans Saints. Keep reading to know Jennifer Gase’s biography.

Jennifer’s husband was born on March 29, 1978. The Ypsilanti, Michigan native graduated from Marshall high school before he attended at Michigan State. He began his coaching career in 1996 while as an undergraduate student at Michigan State.  He then moved on to Louisiana State in 2000 as their graduate assistant and recruiting assistant.

In Gase’s first season with LSU he worked as a defensive graduate assistant and working with recruiting. For the next two seasons, Gase worked full time as a recruiting assistant for the Tigers. During his three years with the team, LSU won the 2001 SEC championship and went 26-12 overall.

After the 2008 season, Gase was hired by new Denver Broncos, having spent the previous season with the San Francisco 49ers. He served as the Bronco’s wide receiver coach. In 2012 Gase was promoted to offensive coordinator. Gase left the team after the 2014 and joined the Chicago Bears as their offensive coordinator under new head coach John Fox. In 2015, Gase worked with veteran quarterback Jay Cutler. Under Gase’s coaching, Cutler had one of his best seasons of his career, posting the second highest completion percentage and the fewest interceptions in a full season of his career.

After his singe season with the Bears, Gase was hired by the Miami Dolphins as the team’s head coaching going into the 2016 season.

Adam is also the proud father of three children along with his gorgeous and supportive wife Jennifer. 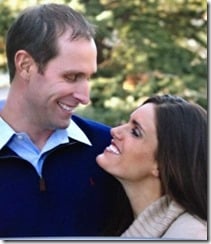 Jennifer Gase was born Jennifer Ann Vitt on March 22, 1982. She is was born to parents Linda and Joe Vitt. She was raised with brother, Joe Gase. Her brother is a scout for the New Orleans Saints. Her father has been in the NFL for over 30 years, starting as a strength coach and serving as a Saints assistant since 2006.

Jennifer Gase met her future husband back in 2008 while at a golf tournament in Columbus. She introduced him to her parents just three months after they began dating. As a funny anecdote, Gase recalled the very first time her met Jennifer’s dad, Joe Vitt, he gave him his permission to marry Jennifer without even asking him. However, he did proposed a few months later. 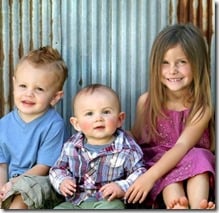 They became husband and wife about a year later. Since then Jennifer Gase and her husband have welcomed three children. She first gave birth to Kenzie in 2009. Their second child is Adam Joseph “AJ” Gase born February 8, 2010. The couple welcomed third child in February, 2012.

You can find the wife and mother of three on Facebook here.