Aaron Charles Rodgers is an American football quarterback of the National Football League (NFL), and an outstanding player of the Green Bay Packers. He was born on 2nd December 1983, in Chico, California.

Rodgers started his professional football career in the 2005 NFL Draft when he was selected in the first round by the Packers. In 2008, Rodgers became the Packers starting quarterback and he earned the Super Bowl MVP as he led the Packers to victory over the Pittsburgh Steelers in 2010.

Today we take a close look at his super talented and gorgeous fiance Shailene Woodley, soon to be Aaron Rodgers’ Wife? 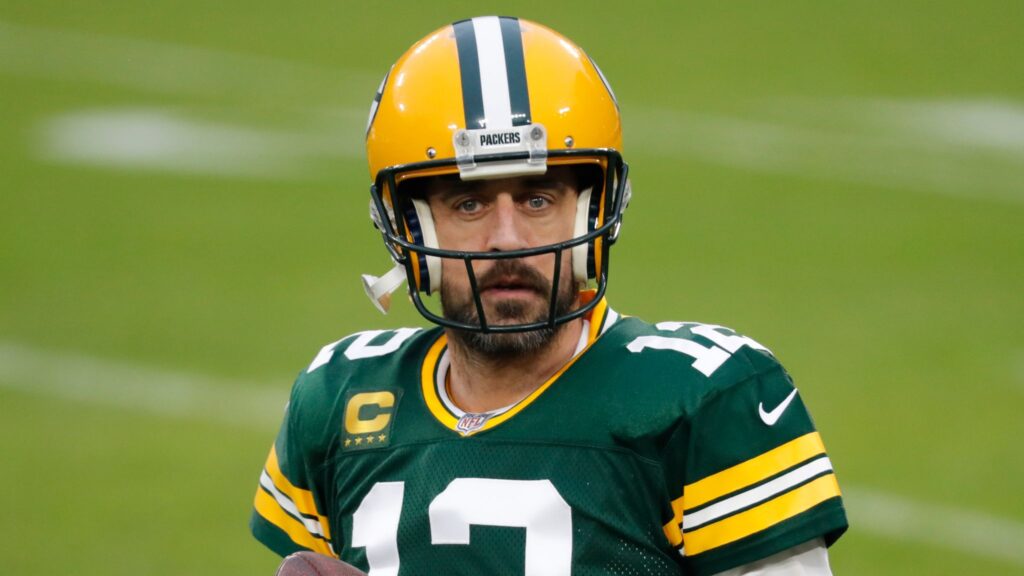 Rodgers led the Green Bay Packers to the 2011 Super Bowl Championship; he is considered one of the greatest to ever play the position. He has played 17 seasons for the Packers. He has thrown for 55,222 yards and 447 touchdowns. He was chosen to play in 8 Pro Bowls.

Rodgers only has one Super Bowl Ring in his career. In 2010; he led the Packers to a victory in Super Bowl XLV over the Pittsburgh Steelers. 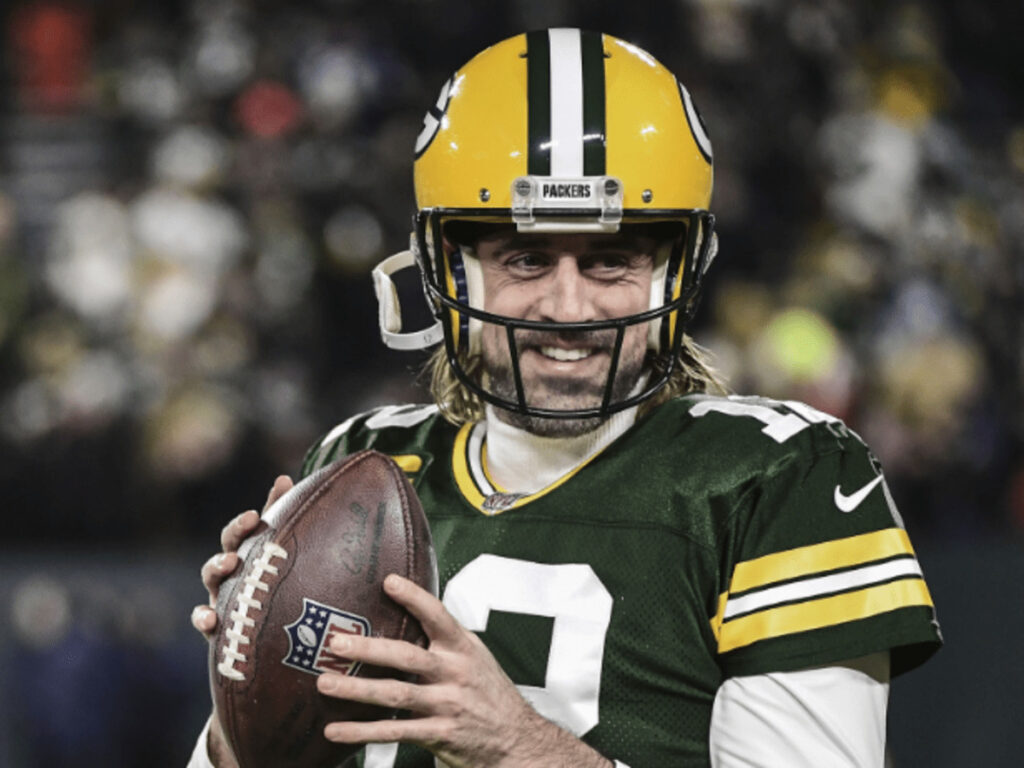 Aaron Rodgers won three MVPs in 2011, ’14, and ’20, and with this, he joined a short list of three-time winners that features Jim Brown, Peyton Manning, Johnny Unitas, Tom Brady, and Brett Favre (his own former Green Bay Teammate). Out of the 50-member Associated Press panel, Rodgers received 44 votes, indeed, it’s a huge win.

Rodgers in one of his interviews stated that he is unhappy with the Packers and he wants to leave the team. So now, According to Jay Glazer of FOX Sports, after the 2021 season, the Packers have also agreed to trade Rodgers. However, according to Glazer, the packers already introduced The Jordan Love Era in his replacement. 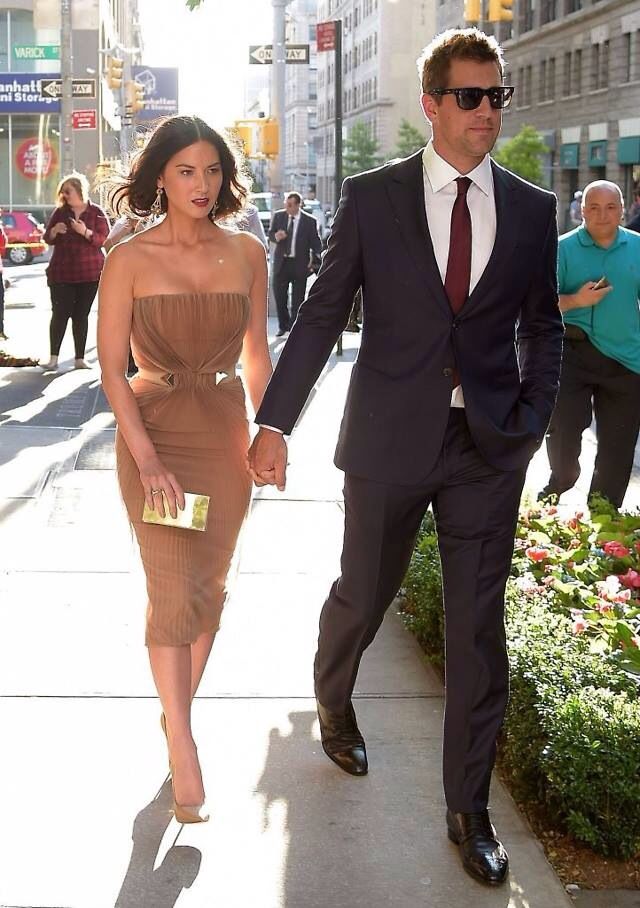 Rodger dated Munn from 2014 to 2017. After their split in April 2017, through some sources, it has been reported that Rodgers’ family didn’t get along with Olivia Munn. Some sources said in January 2017 that Rodgers’s family stated that “When he got together with Olivia Munn, his family told him they didn’t trust her and thought she wasn’t with him for the right reasons,” However, latterly, These rumors were buried in 2018 when Munn told Andy Cohen on Sirius XM that Rodgers had been feuding with his family before even they start dating. 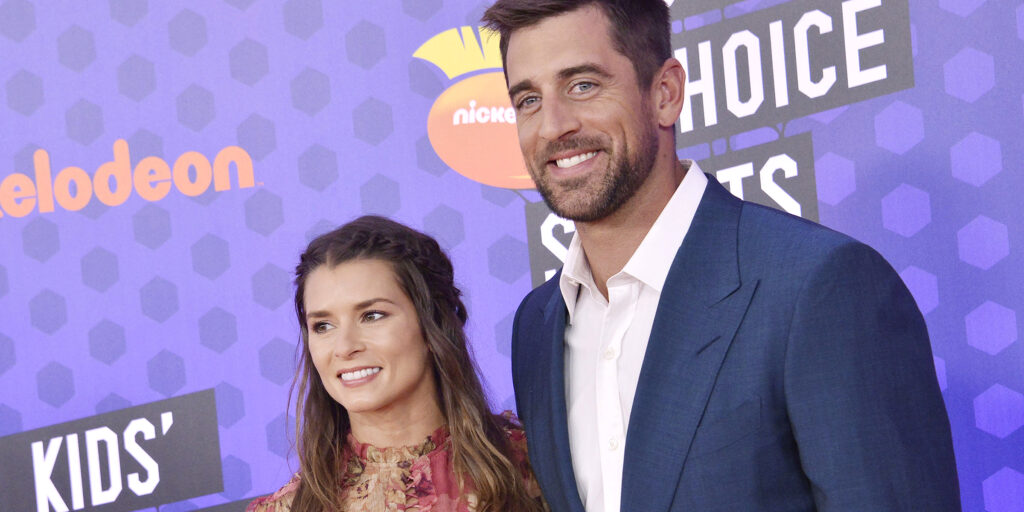 Danica Patrick is an American race car driver and the first woman to win an IndyCar championship event. She dated Rodgers for almost two years but unfortunately, their relationship didn’t work and they split in July 2020. News of their breakup spread several days after the Wisconsin native unfollowed Aaron on Instagram.

Rodgers is currently dating Shailene Woodley. As per Woodley, they both have met sometime in 2020 during the Pandemic. Initially they were very good friends but gradually things have turned romantic. Unlike past, Rodgers is not very vocal about this relationship. He and Shailene decided to keep their love out of the eyes of the public.

During the 10th annual CBS “NFL Honors” show on February 6, Rodger without mentioning his fiancé’s name, He simply said: “2020 was definitely a crazy year, filled with lots of change, growth, some amazing memorable moments, 180 straight days of having my nose hairs scraped, playing for very little fans. I got engaged and I played some of the best football of my career.” The couple kept their engagement secret for several months. However, by then fans already knew that Rodgers and Woodley were romantically linked.

Here’s the video of Shailene Woodley where she confirms her engagement to Aaron Rodgers on The Tonight Show:

Shailene Woodley an American actress is engaged with Rodgers. They seem to be a lovely couple and it’s almost inevitable that Shailene Woodley will be Aaron Rodgers’ Wife.

In December 2013, several gossip websites picked up some tweets by Kelvin Lanflisi, Rodgers’s personal assistant, and spread a rumor that ‘Rodger is gay’. There is a video of two, where they two were quite close and some leaped to the conclusion that they were a couple.

Not that it’s really any of our business what his sexuality is, right? Surely we’re over this in 2022? Or do we have some growing up to do yet before we become adults? 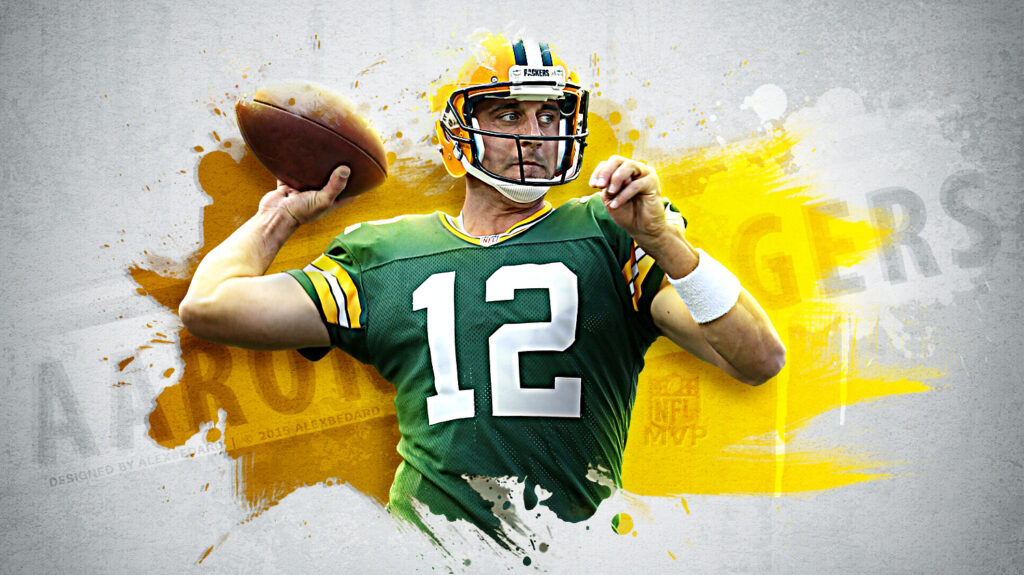 Rodgers does have cordial relation with his family. Though he never opened up about his relationship with his family, but his Ex-girlfriend, Olivia Munn reported that Rodgers never had contact with his family. It has been believed that Rodgers’s family doesn’t even have his contact number. He didn’t even attend his grandfather’s funeral. Furthermore, during an interview in 2017, his father said that they are not in touch with Rodgers.

Rodger is 6’2”. During his E:60 profile, he said, he is quite sensitive about his height and hates when people say you look smaller than they expected.

In November 2019, Aaron Rodgers and his ex- Danica Patrick bought a new house in Malibu worth $28 MILLION from singer Robbie Williams. The home has quite a famous history dating back to 2009. The property was once leased to the famous singer and actresses Janet Jackson. 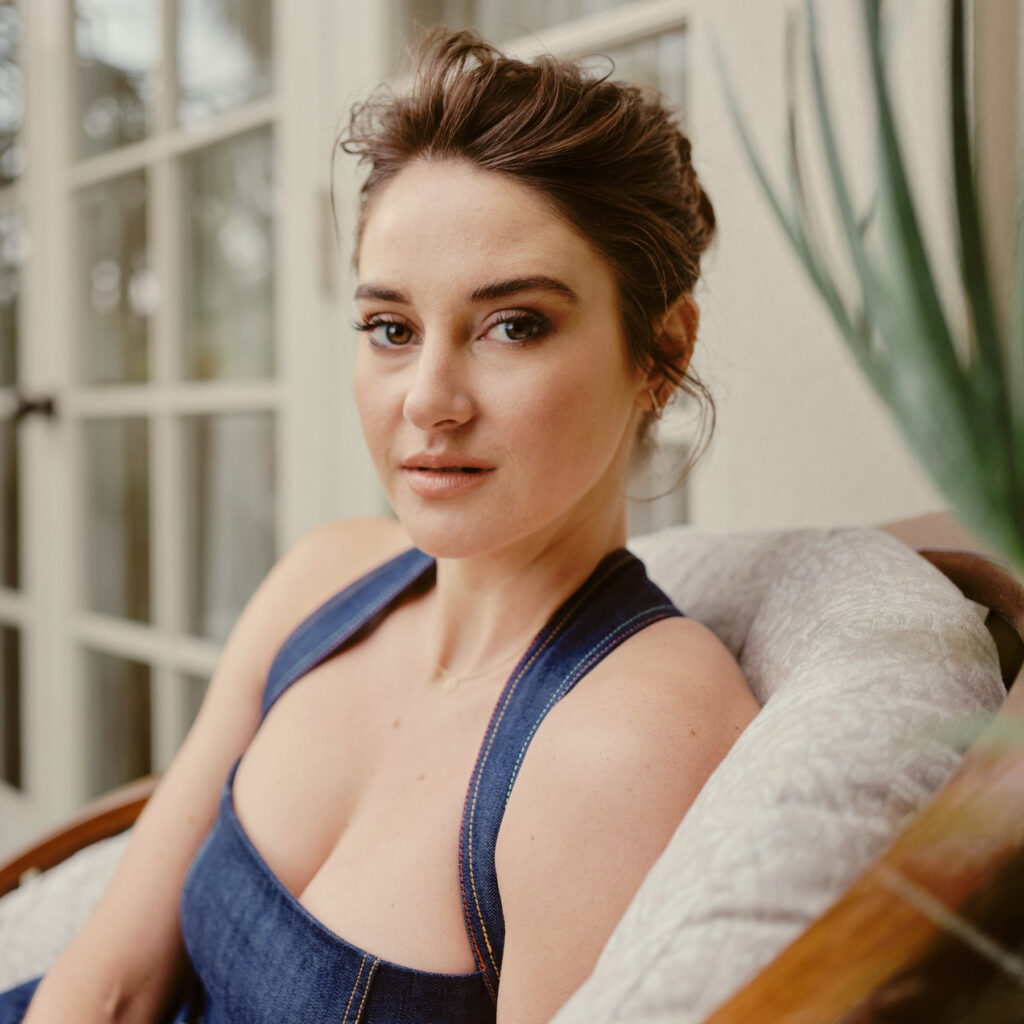 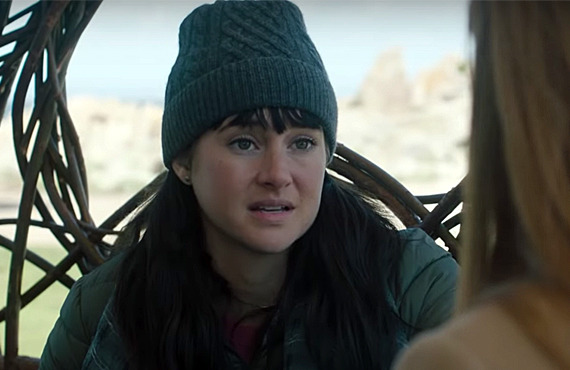 Woodley played the role of Jane Chapman in Big Little Lies, an American drama television series. Aaron Rodgers’ Wife appeared in both seasons of the series.

Even though she had her breakthrough role in 2011, Shailene Woodley has been acting since the early 2000s. With recurring roles on shows such as The O.C and Crossing Jordan, she had only appeared in two previous films previous to The Descendants. Since then, she’s been in several movies, often as the lead. The most spectacular role Woodley has played is Hazel Grace Lancaster The Fault in Our Stars.

According To Rotten Tomatoes, here are some of her most famous movies: 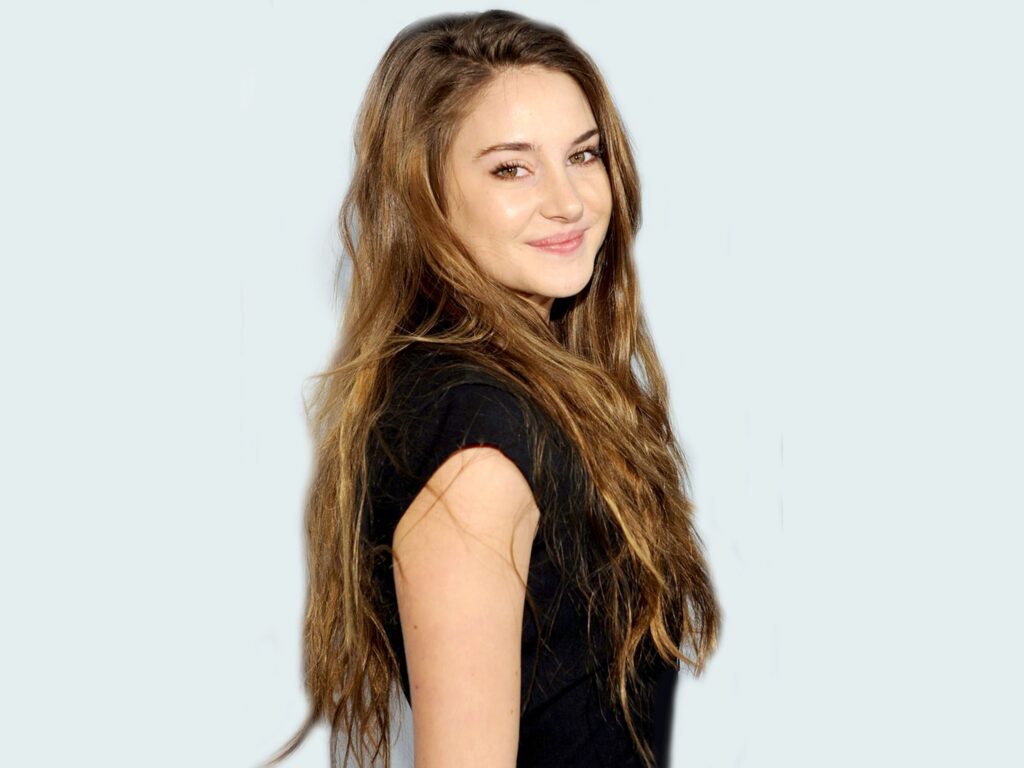 Woodley, a renowned American actress has a net worth of $12 million.

We promise to offer you thrilling information. Learn more about the Hottest NFL Wives and Girlfriends.