Shayanna Jenkins is the former fiancée of disgraced NFL player, Aaron Hernandez. Her professional football player boyfriend was serving a life in prison sentence for the murder of Odin Lloyd when he took his own life on April 19.

Shayanna Jenkins was born May 29, 1989 in Bristol, Connecticut. She is the daughter of Jodi Jenkins from Bristol, CT. Shayanna has two sisters Shaneah Jenkins and Ontavia Samuel.

Odin Lloyd, was found shot to death close to Aaron and Shayanna’s home back in 2013, that’s when the everything came crashing down for Hernandez.

Jenkins and Hernandez kept their relationship going while he was a student-player for the University of Florida and she attended community college.

After Hernandez was drafted by the Patriots in 2010, Shayanna left college and moved with him to a Massachusetts condo. 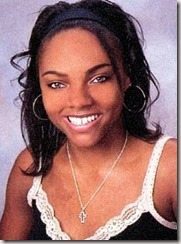 The former couple welcomed their only child in 2012. Jenkins and Hernandez welcomed daughter Avielle Janelle Hernandez, on November 6, 2012.

By the time of their daughter’s birth the couple was already living together in a $1.3 million, North Attleboro, home Hernandez had purchased. Also in 2012, the two became engaged. 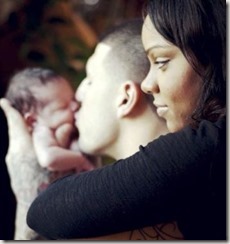 Aaron who according to his mother, Terri Valentine-Hernandez, became a rebel after loosing his father at age 16, said after the birth of his daughter:

Now, another one is looking up to me. I can’t just be young and reckless Aaron no more. I’m gonna try to do the right things, become a good father.

Unfortunately that didn’t last. Hernandez was indicted by a grand jury for the murder of Odin Lloyd on August 2013. In April 2015, he was found guilty of first-degree murder in the Lloyd case, and sentenced to serve life in prison without the possibility of parole at the Souza-Baranowski Correctional Center.

Though she testified that Hernandez told her to get rid of a mysterious box on the afternoon after Lloyd was killed; Shayanna Jenkins remained loyal to her baby daddy, in the highly-publicized murder trial, sitting opposite her sister. 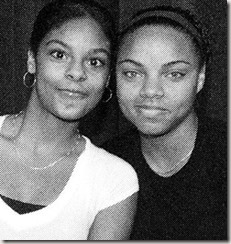 She sobbed when the verdict of first-degree murder was announced. The relationship with her sister became tense after it was clear Hernandez had a role in Lloyd’s murder.

Though the two never walked the isle, she legally became Shayanna Jenkins-Hernandez in 2015. And just a few days ago she and the couple’s baby daughter were seen in courtroom as jurors deliberated double murder charges against Hernandez.

Nevertheless, the former tight end won a BCS National Championship with the Florida Gators in 2009, was drafted in the 4th round of the 2010 NFL draft and played for the Patriots from 2010 to 2012. The team released him in June 2013, shortly after he was arrested in Lloyd’s killing.