Jaelynn Blakey is the lovely and supportive girlfriend of NFL star, Aaron Donald. Her boyfriend is a defensive tackle currently playing for the Los Angeles Rams. Keep reading to know more about Jaelynn Blakey.

Jaelynn Blakey’s boyfriend was born Aaron Charles Donald on May 23, 1991. The Pittsburgh, Pennsylvania native is the son of Anita Goggins and Archie Donald. He has a brother named Archie who, played linebacker at Toledo.

Aaron was regarded as one of the most dominating defensive linemen in Western Pennsylvania Interscholastic Athletic League Class AAAA ranks.

He attended Penn Hills High School, playing football for head coach Ron Graham. He played college football at Pittsburgh, where he was recognized as a unanimous All-American and majored in Communications.

In addition to the Outland Trophy, he was named a 2013 AP First Team All-American and the 2013 ACC Defensive Player of the Year.

He was drafted by the Rams in the first round of the 2014 NFL Draft. Donald was signed to a four-year, $10.13 million rookie contract that is fully guaranteed.

He made his debut with the team and on the same year Donald won the NFL Defensive Rookie of the Year award. 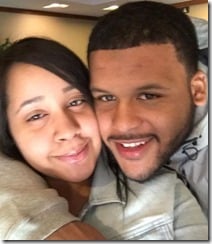 Aaron is lucky enough to have a pretty solid support system. He and his girl, Jaelynn Blakey have been in a relationship for at least six or seven years.

In that sense, is pretty safe to say Jaelynn has been there for him before he became a big NFL name. 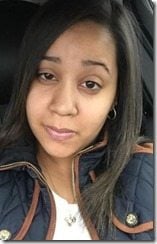 Jaelynn Blakey and her man have been together for a few years now and she isn’t only his girlfriend, she is also his baby mama. Fast forward to present times, they are the proud parents of two adorable children, a daughter and a son.

Jaelyn and Aaron became first time parents after she gave birth to daughter Jaeda on April, 2013. 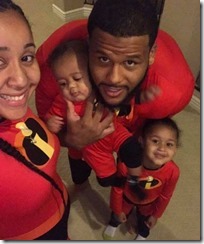 The couple welcomed their second child, a baby boy earlier this year. According to the bump, Jaelynn gave birth on April 6, 2016.

We have no records of these two walking the isle or getting engaged for that matter. What is Aaron waiting for? child number three?

Not much more is known about Jaelynn, apparently she is not a big fan of social networking. She currently spends most of her time caring for her two small children.