Courtney’s ex-husband was once Ohio State’s football assistant coach but was fired last July after it was revealed he abused his ex-wife. That news also raises several questions as to why head coach Urban Meyer, would knowingly keeping an alleged domestic abuser on his staff.

Some theories say it may be due to their relationship dating back to 2002 when Smith, the grandson of Meyer’s mentor — the late former Ohio State coach Earle Bruce — walked on to Meyer’s Bowling Green squad as a player. Meyer later hired Smith to work on his coaching staffs at Florida and Ohio State.

During their time working together, Meyer was confronted with allegations Smith committed domestic violence against his now ex-wife, Courtney Smith. Zach Smith was never charged by police, but the working relationship he had with Meyer ended earlier this year when news broke that Smith had a protective order placed against him.

Since then it’s been revealed a series of domestic violence allegations against Zach Smith, dating to 2009. 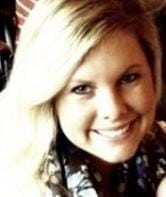 Since then Courtney Smith has spoken about the abuse she suffered at the hands of Smith revealing back in 2009, he grabbed her by the neck and pushed her against a wall while pregnant. The couple separated around 2015 after multiple occasions of abuse. She filed for divorce that same year and also filed for a restraining order against him. Last year, Zach apparently attempted to enter her residence and police gave him a criminal trespass warning. The former couple shares two children together.

Courtney Smith not only has revealed about her ex-husband’s abuse but also alleges Zach Smith of taking pictures of himself receiving oral *** and having *** with a former Ohio State staff member in Ohio State coaches’ offices, as well as taking photos of his ***** inside the coaches’ office and again inside the White House. Receipts from the report show Zach Smith ordered more than $2,200 worth of *** toys, male apparel and photography equipment between February 2015 and May 2015.

Courtney Smith also told writer, Brett McMurphy her ex-husband ordered more than $2,200 worth of *** toys, male apparel and photography equipment between February 2015 and May 2015.