Nicki Meyer is best known as the eldest child of retired football coach, Urban Meyer -who was recently the object of an unwelcomed comment.

Nicki and her father were present during the Clemson’s 29-23 College Football Playoff semifinal win over Ohio State. ESPN “SportsCenter” host John Anderson then said during the game “Look at Urban Meyer,” he was going to spend time with his family, but went to this game instead.”

Nicki’s father won three national titles as a head coach, and is now a college football analyst for Fox after retiring from coaching following the Buckeyes’ 2019 Rose Bowl win. Despite his coaching retirement, Meyer remains a part of the Buckeyes’ athletic department and has been linked with several potential NFL head coaching openings, namely the Cowboys and Browns. 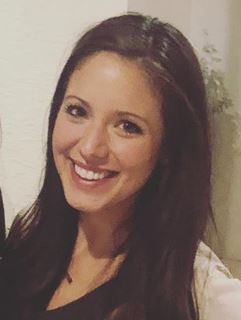 Nicki, is one of three children born to Urban and longtime wife, Shelley Mather Meyer. Her siblings include, younger sister Gisela and younger brother, Nathan.

29-yer-old Nicole Lynn Meyer who goes by Nicki, played college volleyball, she graduated from Georgia Tech where she met her husband Corey Dennis. She now goes by Nicki Meyer Dennis -she is happily married to Dennis who, serves as a quality control coach for Ohio State.
While at Georgia Tech, Nicki Meyer majored in Business Administration and was one of only thirty-three players on the Atlantic Coast to be named to the 2011 All-ACC Academic Volleyball Team.
Following her 2016 nuptiald, she and her husband have welcomed two children, boys; Troy and Gray. The former college athlete, spouse and mother of two is also the president and CEO of AccelWELL -according to its website, ‘AccelWELL takes corporate wellness to an entirely new level. We capitalize on culture, the untapped resource in wellness, to improve all aspects of your life’

She and her family are currently based in Columbus, Ohio. Find Nicki Meyer on Instagram here.