Tara VanDerveer, is widely known and respected for her decade-long career as the head women’s basketball coach at Stanford University.

VanDerveer is also well remembered for leading the U.S. women’s basketball to Olympic gold. The year was 1996 and at the time Tara had been coaching for 11 years at Stanford after two seasons at Idaho and five at Ohio State. She then spent a year coaching the U.S. women’s team to a gold medal at the Atlanta Games. Her key role in the 1996 Olympics, is often credited as part of the reason for the rise of the WNBA.

VanDerveer, a five-time national coach of the year, earned her spot into the Women’s Basketball Hall of Fame in 2002. Check out more interesting facts about the 67-year-old coach. 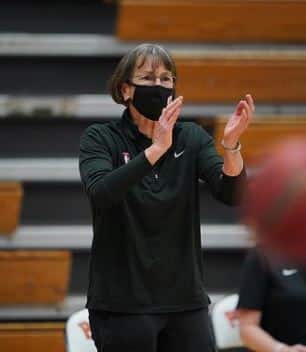 1. She is the all-time winningest women’s coach

Last year, with victory No. 1,099 Tara VanDerveer reached the peak of women’s college basketball coaching ranks when top-ranked Stanford routed the University of the Pacific 104-61 in Stockton in an empty arena. The victory gave VanDerveer a historic 1,099th victory in 42 seasons of coaching to pass the legendary Pat Summitt as the all-time winningest women’s coach.

2. She posted a losing record once

3. She has coached some of the game’s best players

4. She once tried for cheerleading

VanDerveer grew up in upstate New York playing basketball in her neighborhood in the pre-Title IX era. She once said she tried out for cheerleading just to be close to the court. When VanDerveer didn’t make the cheer squad, she became the school mascot but said she got fired for spending more time watching the games than doing her job.

5. She began coaching after her father asked her to

VanDerveer played at Indiana when women’s college teams had nine-game schedules. She became a coach when her dad insisted she coach her sister’s high school team. VanDerveer got hooked on the idea of coaching, eventually taking over the program at Idaho in 1978 before leading Ohio State to four Big Ten championships.