Shelley Meyer is the proud wife of College Football coach, Urban Meyer. Her husband is currently the coach of the Ohio State Buckeyes.

Urban Frank Meyer III was born July 10, 1964; the Ohio native is former college football player at the University of Cincinnati.

Meyer is also known for his work as a college football analyst on ESPN between his stints at Florida and OSU. He’s been happily married to Shelley Mather for years. Meet the coach’s wife below. 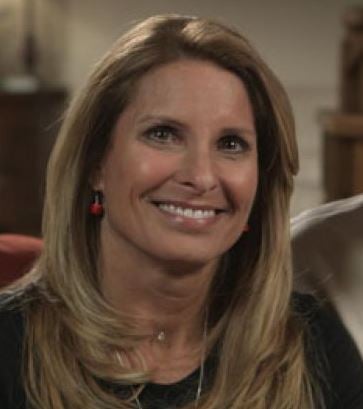 #1 She hails from Ohio

According to media interviews, Shelley is the oldest of five children. She and her siblings were raised in a farm in Lattaville, Ohio. She worked on the farm included tending to the livestock, bailing hay and picking peas and green beans.

#2 She was once a fair queen

According to an article on Eleven Warriors, Shelley Meyer was crowned the Ross County Fair Queen in 1983.

#3 She met hubby Urban Meyer at the University of Cincinnati

Meyer moved to the University of Cincinnati, where she majored in nursing and earned a Bachelor’s degree. This is where she eventually met Urban, in 1984, at a Kentucky Derby party.

#4 She holds a master

After Cincinnati, she went to the University of Colorado and earned her Master’s in psychiatric nursing.

#5 She has been married for nearly three decades

Shelley and Urban Meyer were married five years after they first met. The couple tied the knot in 1989.

#6 She is a mother of three

#7 She works at a local gym

According to Columbus’s City Scene Magazine, Meyer teaches spinning a couple of days a week at the Premier at Sawmill Athletic Club.

#8 She is on social media

#9 She is a self-proclaimed college football junkie

Her presence has been felt at games. Shelley Meyer gets totally involved, always up and yelling, however, after a loss she also feels the defeat.

#10 She has no love for Collin Kaepernick.

Meyer recently tweeted, “What-ever. He made his choices” and followed that by replying to a tweet from someone who would prefer Tim Tebow, by saying, “A million times. No comparison at all!!!”