Joanne Pitino is the longtime wife of famous college basketball coach, Rick Pitino. Her hubby was until recently, the Head Men’s Basketball Coach at the University of Louisville.

That was before he was fired after the FBI alleged in a criminal complaint that coaches with the program, had participated in a scheme to pay recruits’ families.

65-year-old Pitino will now need all the support he can get from those closest to him. He was the only coach to capture national titles at two different colleges (he also won the 1996 championship at Kentucky) and has long been one of the biggest stars and richest men in the sport.

He has coached at the collegiate level at Boston University, Providence College, The University of Kentucky and Louisville. He also coached the New York Knicks and Boston Celtics in the NBA. During his nearly 30-year coaching career, he has won 770 games at the college level, two national championships and made seven Final Fours. He was inducted into the Basketball Hall of Fame in 2013.

Pitino is a native of New York City where he was a standout guard for Dominic High School in Oyster Bay, Long Island. There, he captained his team and established several school scoring marks.

He earned his degree in 1974 at Massachusetts, where he was a standout guard for the Minutemen’s basketball team.

Life as a coach might be over for Pitino, however he has achieved success off the court as well in areas such as broadcasting, publishing, motivational speaking and horse racing. He is an accomplished author, producing such books as the best sellers Success Is A Choice and Lead to Succeed, as well as The One-Day Contract.

This is not the first time he faces scandal. The coach was implicated in an affair with a woman who was sentenced to prison for trying to blackmail Pitino. Back in 2009 Pitino came forward saying he was being the victim of an extortion attempt. He admitted that back in August 2003, he had a one-night-stand with Sypher. As a result she became pregnant and the coach paid her $3,000 for an abortion. 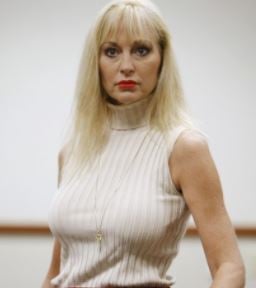 At the end she was found guilty during the trial for extortion.

That must have been a tough blow to his marriage of several decades to Joanne Pitino. However, Mrs. Pitino chose to stay and support her hubby.

Pitino and his wife Joanne Pitino have been married for over 40-years and are the proud parents of five adult children. The two tied the knot in 1976. 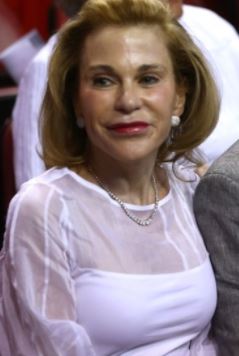 Joanne Pitino was born on June 11, 1953; she grew up in Long Island, New York. She and Rick met while attending St. Dominic High School in Oyster Bay, Long Island.

Joanne Pitino is the former Joanne Minardi, she lost a brother during the terrorist attacks of September 11. Billy Minardi worked as a bond trader for Cantor Fitzgerald on the 105th floor of the north tower of the World Trade Center.

She also lost a child, son Daniel Pitino –who died in 1987 from congenital heart failure at the age of six months. To honor his memory, Joanne Pitino and her husband established the Daniel Pitino Foundation, which has raised millions of dollars for children in need.