Rita Rodriguez is the stunning and supportive wife of College head coach, Rich Rodríguez –best known for being until recently, the head football coach for the University of Arizona.

Rita’s husband was recently dismissed from his job at the University of Arizona following accusations of sexual misconduct.

Born Richard Alan Rodrigues on May 24, 1963; the Chicago, Illinois native also worked as a CBS sports analyst and was also a football coach at Salem University, Glenville State College, West Virginia University and the University of Michigan.

Rich has been married to his gorgeous wife, Rita for several years. Her husband admitted to having had an extramarital affair with a woman who was not affiliated with the university. However, her husband denied accusations of sexual harassment made against him by his former administrative assistant. 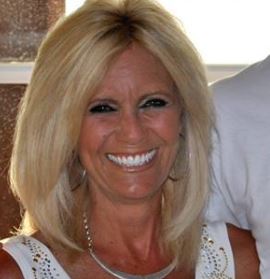 Rita Rodriguez is the former Rita Setliff. According to her social media, Rita Rodriguez is originally from Jane Lew, West Virginia. She is a graduate from Lewis County High School and currently resides in Tucson, Arizona. 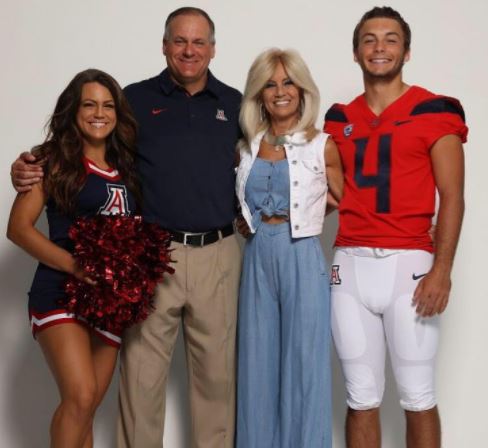 The blonde holds a business administration degree from West Virginia University and used to work for a telephone company for over 10 years.

Rita is the mother of the couple’s two children, Raquel and Rhett Rodriguez.

The couple’s daughter Raquel Rodriguez lists herself as a native of Morgantown, West Virginia. She went to Saline High School and is currently a student at The University of Arizona –where she is part of the cheerleading team. Raquel is the cheer captain at Arizona.

Rhett Rodriguez attended Catalina Foothills High School graduating in 2017. He is a freshman at The University of Arizona and a quarterback with the Arizona Wildcats.