Olivia’s football beau is a winner of the Heisman Trophy and likely top overall pick in this spring’s NFL draf.
He recently became a national champion, after the Tigers’ national championship win over Clemson in New Orleans. Burrow broke the NCAA single-season record for passing touchdowns in a season, with 60. For the night, Burrow completed 31 passes on 49 attempts for 463 yards, five touchdowns and no interceptions. Burrow also rushed for 58 yards and one score.

Burrow who is from Athens, Ohio and graduated in three years from Ohio State; didn’t get a lot of playing time when he was with the Buckeyes, so he transferred to LSU in 2018, becoming an overnight sensation. He went from a backup to a Heisman Trophy winner in two years.

Joe is currently in a relationship with college student, Olivia Holzmacher -who has clearly been a great source of support. Olivia has been by his side from OSU to LSU. 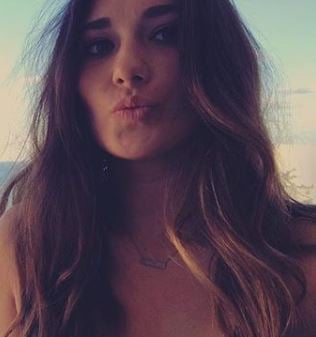 The lovely brunette is from Mason, Ohio and according to her social media, she currently lives in Cincinnati. She is one of three daughters born to Susan Britton Holzmacher and John Holzmacher. They are also parent’s to Olivia’s two sisters, Brittany and Meghan.

Olivia went to William Mason high school -where she was active in the school’s volleyball team; and is a student currently attending The Ohio State University. According to her LinkedIn, she is a Data Analytics Student at The Ohio State University. On her profile, she states that her love of statistics and analysis is the reason she chose her Data Analytics major.
From 2013 until 2015, Olivia worked as a supervisor at Lifetime Fitness.