Katharyn Francis is the lovely coach’s wife of Mark Richt –who serves as the football head coach at the University of Miami.

Katharyn’s husband was hired as the 24th head football coach at The UM in 2015.

Richt returned to his alma mater after leading the University of Georgia football program for 15 years and where he compiled a 145-51 overall record and an 85-40 mark in Southeastern Conference play, winning two SEC championships, six SEC East titles and nine bowl games and finishing the season in the Associated Press Top Ten rankings seven times.

Prior to his arrival at Georgia, Richt spent seven seasons as the offensive coordinator at Florida State.

Richt was the 2013 recipient of the Stallings Award given for commitment to humanitarian and community service efforts, and in 2010 he was named to the American Football Coaches Association Board of Trustees. 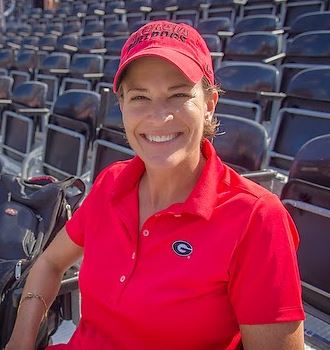 He and wife, Katharyn Richt have been married for over three decades. The two met on a blind date set up by the girlfriend of Richt’s roommate. The two became friends and eventually tied the knot in 1985. 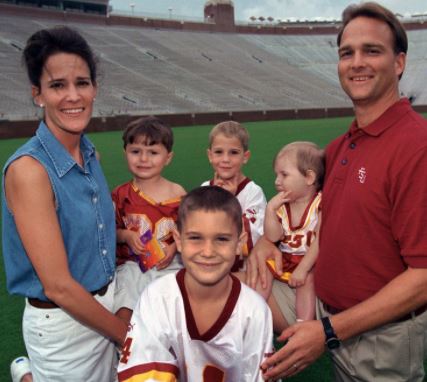 Since their nuptials, the two have welcomed four children together. Katharyn Frances is the proud mom to Jonathan born in 1990 and David born in 1994. She and her husband adopted another son, Zach born in 1996 and a daughter, Anya born in 1997 –from Ukraine.

Katharyn Frances is originally from Tallahassee. The FSU graduate and her husband share a deep relationship with Christ. For the Richts, daily pursuit of Christ includes time spent in prayer and Bible study as well as in fellowship with other believers. Richt stays close to a group of prayer partners in the community, and Katharyn is active in an accountability group and, when her schedule allows, a local Bible study.

Katharyn holds an economics degree from FSU and in 2016, she finishes a degree in nursing. Aside of being a loving and supportive coach’s wife and mother of four kids, Katharyn Francis Richt happens to be a cancer survivor. She fully recovered from cervical cancer after having surgery in 2006.