Hailing from Larose, La., southwest of New Orleans, Ed Orgeron arrived at LSU as the team’s DL coach.   Named head coach in 2016,  he previously served as the head football coach of the Mississippi Rebels from 2005 to 2007 and was also the interim head coach at USC in 2013.

Ed Orgeron who goes by Coach O – is recognized for his distinct strong voice and Cajun accent. Ed who excelled in football, basketball and track at South Lafourche High School in Galliano, Louisiana and went on to receive a Bachelor’s Degree in Liberal Arts from Northwestern State.

While at Northwestern, he was a starting defensive lineman for four years. His senior year he was captain of the Demons football team.  He was graduate assistant coach for the Demons in 1984 before moving on to the same position at McNeese State for one year.

The 59-year-old who had his five minutes on the big screen briefly appearing in the film The Blind Side -has been married a couple of times and is a proud father.

Ed Orgeron first tied the knot in 1992, in Miami Dade County to Colleen Orgeron born, Colleen Orrico. Eventually he split with wife Colleen and the couple divorced after two years of marriage in 1994. 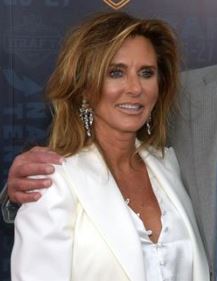 In 1996, Ed met second and current wife, Kelly. The two met at the Liberty Bowl in Memphis, Tennessee. while on a blind date. Kelly Lynn Owens was born September 28, 1965. The Arkansas native endured a number of surgeries due to scoliosis and wore a brace for over 20 hours a day.

Kelly Orgeron is a former beauty pageant contestant who attended Lake City High and was active in the girl’s basketball team. She worked as a nurse practitioner specializing in kidney patients.
She lost her father, Bobby Owens in a train wreck while she was in college. Her mother, Janis Kay Owens died in 2012.
Her 1997 marriage with Ed is also her second. Kelly was first married to Brian Spotts; a former football player at Western Illinois. From her first marriage the couple welcomed a son, Tyler.
Most recently in 2017, Kelly made headlines after reports of her nearly dying surfaced. At the time Kelly was rushed to the emergency room when she developed sepsis the result of an infection by a laceration in her colon.

Ed Orgeron is the proud father of three adult children from his second marriage. He and wife Kelly welcomed twins Cody and Parker in 1998. 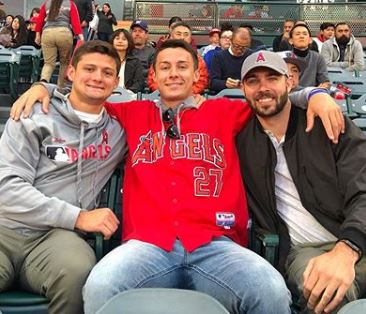 Tyler who took Ed’s name years ago, attended LSU where he works as an offensive analyst.
Twins Cody, a quarterback, and Parker, a wide receiver, play for McNeese State University in Lake Charles.