Leslie’s ex-husband was awarded The Associated Press men’s basketball coach of the year. Born Christopher Michael Beard on February 18, 1973; the Georgia native began his career as a graduate assistant at Texas, subsequently joined Incarnate Word, Abilene Christian in 1996. He moved to North Texas the following year.

He eventually got his first head coaching job at Fort Scott CC in 1999. Prior to signing with Texas Tech in 2016, Coach Beard spent 19 days coaching the Runnin’ Rebels at the University of Nevada, Las Vegas. He also coached at a professional level for the South Carolina Warriors.

He was happily married to Leslie Beard for over two decades but they parted ways recently. 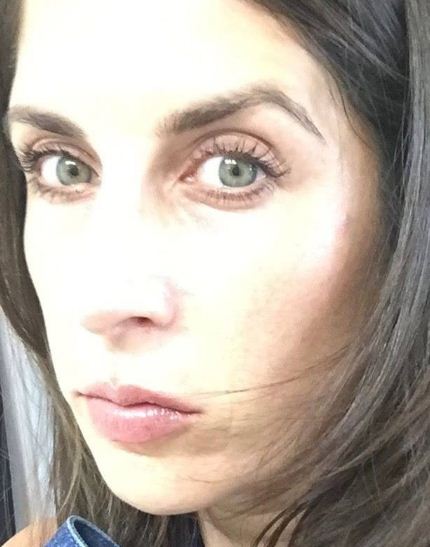 What is Chris beard net worth?

Chris beard’s net worth is estimated to be around $8 million.

Leslie’s net worth is not clearly known as of now. It is fair to assume she shared in some of her ex-husband’s wealth.

Chris and Leslie beard were together for over two decades until they split recently. They share three daughters.

Who are Chris beard daughters? 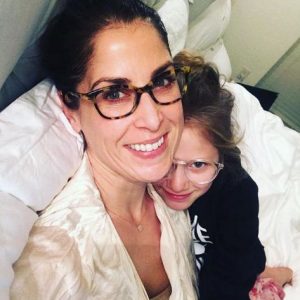 Leslie is the ex-wife of Beard who coached Red Raiders at Texas Tech. She is 47 years old (in 2021) and graduated from McCullough High School. Leslie and Chris got married in 1996 and after many years of happy marriage, both got divorced. Coach beard is seen hanging out with this girlfriend Randi Trew ever since.

Leslie Beard was born Leslie Elizabeth Lederer on June 21, 1974. The 44-year-old is a Woodlands, Texas native who attended and graduated from McCullough High School.

It is not clear how she and Chris came to be but it’s believed the two met sometime in college. The couple became officially husband and wife on August 31, 1996, in Montgomery County, Texas. 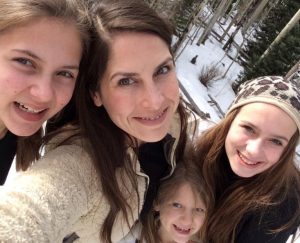 Together they are the proud parents of three young children, daughters: Avery, Ella, and Margo.

Leslie Beard isn’t too active in the coach’s wife role, instead, the mom of three keeps busy doing her own thing. The dark-haired stunner is the creator of SPACE By Leslie Beard –on her website she offers gift cards and fine jewelry.

Leslie also keeps an active social media feed, on Instagram she can be found as leslie.e.beard.

Chris Beard is said to be dating Randi Trew, who is a high-school volleyball coach. She’s the stunning girlfriend of the coach who also teaches Junior English at a school in Texas. Trew and Beard began dating around 2017 and are going strong ever since. Both were married previously. Trew was married to James Bobo in 2007 and later divorced. If you want to know more about Randy, read on!

Want to know some interesting facts about Coach Beard’s new girlfriend? Randy Trew is the beautiful girlfriend of Coach Beard and there’s more to her personality. Check out all about her below:

1. She was Previously Married too

Did you know that Trew was married before meeting Chris? Randy Trew is now 47 years old. She got divorced after a couple of years and is happily living with Coach Beard now. Randy says Chris is everything she prayed for and it couldn’t get any better. Randy and Chris have been going strong ever since.

2. She is a High School Volleyball Coach

We wish you a Merry Christmas 🎄❤️ pic.twitter.com/FKEiyiXbvN

Randy Trew is a coach too! In fact, she is a high school volleyball coach at Frenship High School. But it was during December 2020 when she resigned from her head volleyball coach position.

Chris says, though both their professions are different, there are a lot of similarities between them. Both the seasons fall on the same days which is why Chris keeps telling her that it’s relative.

4. Randy Trew is Special to Chris

Chris calls her “special” after advancing to the Final Four. In Texas Tech’s historic run, Randy was a huge pillar of support to Chris making it all possible for Red Raiders to reach the final four.

As per Trew’s Twitter, the couple got engaged in August 2019. You can check out the tweet from Randy below:

We don’t have a wedding date yet, but I’m pretty sure it won’t be in March… 💍💖 @CoachBeardTTU pic.twitter.com/cdZLvFif4F

If you’re eager to attend the match, Take a look at the schedule here.

You can also book your seats and get the texas longhorns basketball ticket.

That’s all about Coach Beard, his divorce, and his new found love with another coach. Want to know more about the wives and girlfriends NCAA players and coaches? Don’t forget to check them out here.