Laurel’s husband has been the University of Virginia head coach since 2009.

He went on to play college basketball for his father at Wisconsin-Green Bay, where he set an NCAA record for best career three-point shooting percentage. After college, he spent three years in the NBA as a point guard for the Charlotte Hornets.

The 49-year-old has become one of the nation’s most highly regarded college basketball coaches.

In 2017-18, Bennett led Virginia to its eighth ACC regular-season title and its third ACC Tournament championship, breaking records along the way. He also won the prestigious Henry Iba National Coach of the Year award—for the third time. Prior to arriving to Virginia, Tony spent 13 seasons at Washington State, three of them as head coach. 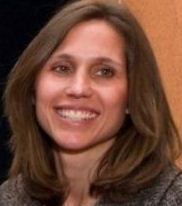 He and wife, Laurel have been married for several years, since 1996 to be exact. The two met while attending Forest Hill Church. At the time he was a player with the Hornets and Laurel was in youth ministry at Forest Hill.

Laurel Bennett was born Laurel Purcell on June 1971 in Baton Rouge, La. She attended and graduated from Louisiana State University. Since their nuptials the couple has raised two children together, daughter Anna, and son, Eli.

The coach’s wife and mother of two has kept heavily involved in church work. She is active in philanthropy and community advocacy.