Karen Lowery is the longtime wife of college basketball coach, Kelvin Sampson, the current head coach at the University of Houston.

Karen’s husband was named head coach of Houston in 2014, becoming the ninth coach in the history of the Houston program. Recent reports indicate the 63-year-old coach was offered a six-year, $18 million deal earlier this week to remain with the Cougars.

Kelvin Sampson previously coached for 12 seasons at Oklahoma (1994-2006) and advanced to the NCAA Tournament 11 times, including the 2002 Final Four when he was named NABC coach of the year. He left Oklahoma to Coach Indiana in 2006. Two years later he left Indiana to serve as assistant coach for the Milwaukee Bucks and later the Houston Rockets.

Sampson has been vocal about the support of his wife in the past. He said during an interview

“Karen is honest, meticulous, has great attention to detail, leaves no stone unturned. She’s amazing that way, and she’s just got a heart of gold. Probably the best person I’ve ever been around is Karen.” 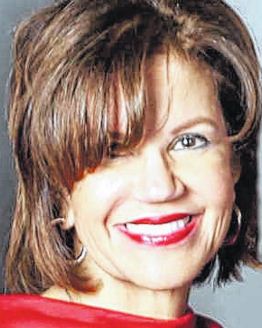 Basketball has always been in the life of the couple, when the two began dating they frequently watched ACC basketball on Saturday afternoons at her house. The two are high school sweethearts.

During their junior years at Pembroke High School, Karen Lowery and Kelvin Sampson were in the same history class. They were married six-years later.

Karen who now goes by Karen L. Sampson –graduated *** laude with a degree in Early Childhood Education. She taught school before moving to East Lansing, Mich., in 1979.

Last year she was appointed to The University of North Carolina at Pembroke board of trustees. Karen has been involved with the Philanthropic Educational Organization for 25 years.

Karen is also the mother of the couple’s two adult children; 38-year-old Lauren, and son, 34-year-old Kellen. Both Lauren and Kellen work at the University of Houston. Lauren is the Men’s Basketball Director of External Operations, while her brother is an assistant coach.

The couple are also grandparents to granddaughter, Maisy –through her son’s marriage to Tonya Sampson.