Kelsey’s husband joined the TCU Horned Frogs football team in 1998 as a Defensive Coordinator/Safeties and was named head coach in 2000, becoming the winningest coach in Horned Frogs’ history.

The Kansas native played football at Dodge City Community College and at Kansas State University. He began his coaching career at his alma mater in 1982. He then landed the linebacker coaching position at Tennessee Tech in 1984.

He’s been part of 20 bowl staffs, including one each with Kansas State, Utah State and New Mexico. The other 17 have come at TCU. Prior to his arrival in Fort Worth, Patterson spent two seasons (1996-97) as the defensive coordinator and safeties coach at New Mexico.

Aside of being a successful football coach, Gary is also happily married. Meet his better half below. 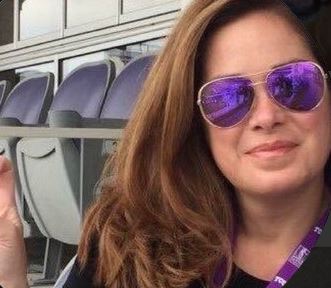 Kelsey Patterson was born Kelsey Hayes. She met Gary one day in 2002 while she worked at the Fort Worth Zoo. 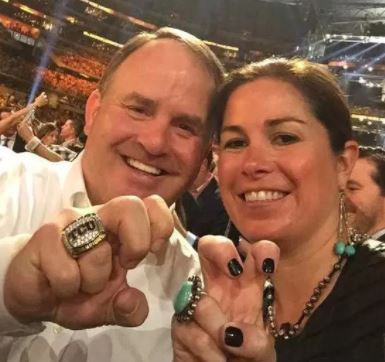 Since their 2004 nuptials, the couple has welcomed three children. Kelsey Patterson and Gary are the proud parents of three sons, Josh, Cade and Blake.

The wife and mom of three is active in a lot of TCU endeavors. She is often seen at TCU practices and games. Most recently she enlisted 20 wives of college head football coaches for a fundraising effort to help relief agencies in the Houston area, Florida and Puerto Rico.

According to her LinkedIn, she currently is the Secretary and Treasurer at the Gary Patterson Foundation –of which her hubby is the founder and chairman. According to its website, The Gary Patterson Foundation is a tax-exempt, non-profit organization dedicated to the support of economically disadvantaged children as well as other charitable causes.