Anya’s husband was previously a high school head basketball coach in Miami. He later was hired to run the basketball program at Kansas State University where he served in the head coach position for five seasons. Arriving in South Carolina in 2012.

Mark’s story is actually really interesting, he is the son of Cuban immigrants. His parents fled the island, landing in Miami. He was the first American-born member of his family when he was born on March 23, 1966.

Martin worked several jobs before he became a basketball coach full time, including working as a bouncer at a club. In the early 90’s he decided to dedicate himself full time to coaching. Martin earned his bachelor’s degree in physical education from Florida International in 1993.

His success has been impressive to say the least. The Wildcats hadn’t been in the tournament since 1996 when he led them to the postseason in 2008. He did the same at South Carolina taking the Gamecocks back to the NCAA Tournament for the first time in 13 years.

What’s even better, after coaching the game for more than 30 years, Martin is in his first Final Four. Martin instantly turns to his wife of 11-years for support. Talking about her he said

It takes a very special wife. She is so understanding, so supportive, but when she sees I’m paying too much attention to the job, she steps in. I respect her for that. She is honest with me. 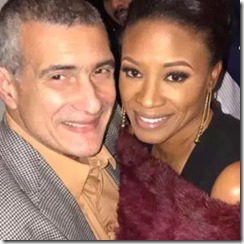 Anya Martin and Frank have been happily married for over a decade. But like all good things, they take time. Accoridng to Sec Country, Anya Martin turned him down several times before accepting to go on a date.

Anya’s competitive nature makes her the perfect coach’s wife. She is a former champion sprinter and hurdler during her time at the University of Massachusetts-Amherst. She majored in business and later studied taxation at Northeastern University. 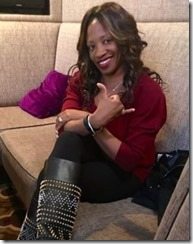 Anya and Frank Martin have been married since 2006. She and her husband have welcomed three children ever since. Anya is the mother of two sons, Brandon and Christian; and one daughter Amalia.

Like most women married to sports coach’s, Anya who is described by her hubby as the family’s backbone, is the boss at home. While her hubby commands the court, Anya Martin commands the household ensuring a stable environment for their children.

Anya Martin and her hubby are also big on charity. The couple have raised almost $300,000 for cancer research together. The cause is a special one for Anya who’s mother battled breast cancer. In 2013 she was in charge of organizing a charitable event called “The B Ball of the South.”

The wife and mom of three tries to keep fit by practicing kickboxing and playing tennis. Isn’t Anya as cool as they come?!