Maeva Denat is the stunning French model who’s been romantically linked to married soccer legend, David Ginola. The alleged couple has caused quite the stir in the media since Ginola is said to have left his wife Coraline for leggy Denat; who on top of all, is 22-years his junior.

Denat and her older beau were recently spotted together while strolling in France. Sources told The Sun, they are crazy about each other, adding they have been dating for months and are very happy together.

Maeva Denat’s boyfriend was born January 25 1967 in Gassin, France. He made a name for himself after becoming a soccer star while playing with the Spurs F.C.

Ginola, began his football career in England in 1995, when Newcastle signed him from Paris St-Germain for £2.5m. He went on to joining Tottenham in 1997, winning the 1999 League Cup with the Londoners and becoming the PFA Players’ Player of the Year and the Football Writers’ Association’s footballer of the year. He was also part of the BBC’s coverage of the 1998 World Cup in France.

Aston Villa became his third English club in 2000, before moving to Everton, where he retired in 2002. Following his retirement, he’s been working as a football commentator.

Aside from his football career, David is also an experienced model and actor. He’s done a series of L’Oreal shampoo commercials and his voice was used for the shrimp in Finding Nemo. He also had a role in The Last Drop, Colin Teague’s war movie.

David has been married to Coraline, also a former French model since 1991. Together they are the parents of two children son Andrea, 25, and 22-year-old daughter Carla, who is an internet star in France.

Many have pointed out the facts that is crazy how much Denat look like Coraline in her younger years. What do you think? 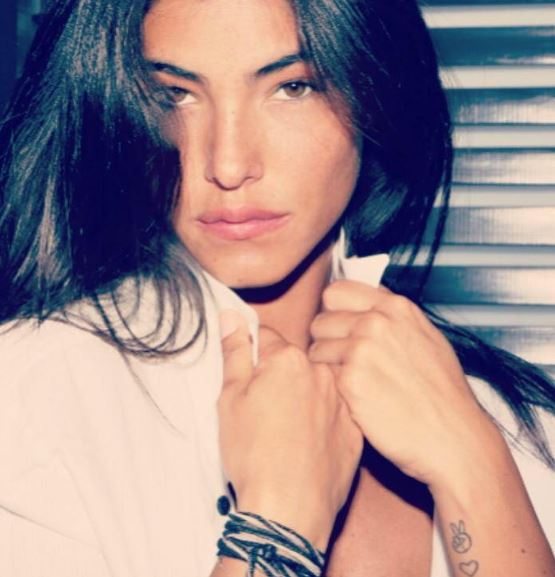 27-year-old Maeva Denat is a model and actress who moved to Paris for work. She hails from the South of France.

The gorgeous model can be seen on a YouTube video titled “Maeva the Muse” –where she pouts for the camera in shots around Paris.

Denat who has a number of tattoos on her body, is also a single mom. Maeva Denat is the proud mother to an adorable 8-year-old girl.

The Paris based model can be found on Facebook here -where she is listed as a former mannequin at Enjoy Models Management. Her father’s name is Franck Denat.

According o VIP models, Maeva Denat stands at 1.72m. Has black hair and hazel eyes. The model has traveled the world for modeling gigs and has been pictured for a number of adverts.

She currently resides in Marseille.