Jill Sutton is the stunning wife of awarded sports broadcaster, Bill Costas. She and her sports guy husband have been married since 2004. Want to know more about the lovely Mrs. Sutton? Read below her biography.

Before we get to Jill Sutton, let us tell you about her husband. The 64-year-old is a widely known personality when it comes to sports broadcasting, that’s why when he wore a Fedora hat to do his job last night during the football game between the Eagles and the the Giants, people couldn’t help but to make fun of him.

Bob Costas was born Robert Quinlan Costas on March 22, 1952. The NY native has the longest tenure of the network’s sports announcers, joined NBC in 1980. His alma matter is Syracuse University.

Costas began his broadcasting career in 1974 at WSYR-TV and Radio in Syracuse, N.Y.  He later joined KMOX Radio in St. Louis, working as play-by-play voice of the ABA Spirits of St. Louis.

At 33 years old he became the youngest person to win Sportscaster of the Year by the National Sportswriters and Sportscasters Association. He’s won a record eight times.

He then went on to handle regional NFL and NBA assignments for CBS Sports while acting as the radio voice of University of Missouri basketball from 1976 to 1981.

He has handled a wide array of assignments, including play-by-play, studio hosting and reporting. Costas is one of the most respected and honored broadcasters of his generation.  He is the only broadcaster in television history to have won Emmys for sports, news, and entertainment. Accoridng to his bio, he’s won 27 Emmy’s.

Costas serves as the host of the critically-acclaimed and most-watched weekly studio show in sports, Football Night in America, each Sunday during the NFL season. Costas also hosted pre-game coverage on NBC for Super Bowl XLIX, the most-watched program in U.S. television history (114.4 million viewers), as well as five other Super Bowls.

Costas has been the prime-time host of twelve Olympic Games since 1992; the most of any broadcaster in U.S. television history.

In June 2012 Costas was inducted in to the NSSA Hall of Fame.

As for his personal life, Costas has been married twice. Costas was married from 1983 to 2001 to Carole “Randy” Randall Krummenacher.By 2001 it was announced they had divorced. 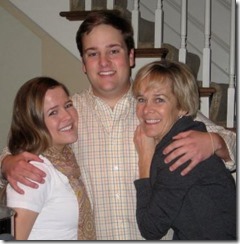 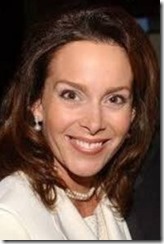 Jill Sutton dated Costas for a couple of years before getting married on March 14, 2004.. She is the daughter of Don and Sue Sutton.

Though Sutton might not be as accomplished as her husband, she is certainly the woman who stole his heart.

Accoridng to online info, Jill’s parents are both close to Costas. Her father showed his concern over Costas red eyes during the covering of the 2014 Sochi Winter Olympics by sending a text to his daughter asking what was wrong.

According to playerwives, Jill Sutton is originally from El Paso, Texas.

Jill who also goes by Jill Costas has been very supportive of her husband over the years. Though she could be doing just whatever she is to do to entertain herself, she’s always seen next to her famous hubby while attending big sporting events. And who can blame her, who doesn’t want an excuse to dress up nicely and have a few cocktails!

She is classy woman though, Jill Sutton is always smiling and always has the right answers when the attention turns to her.

The couple owns homes in St. Louis and New York.

Wonder if she was the one she suggested that Fedora hat, we were talking about earlier?