Helen Marrone is the beautiful wife of football head coach Doug Marrone, new head coach for the Jacksonville Jaguars. Prior to that he was head coach for the Buffalo Bills and Syracuse University; he also served as offensive coordinator for the New Orleans Sainst from 2006 to 2008.

Helen Marrone came to Jacksonville on January 20, 2015; when her husband was hired to be assistant to head coach Gus Bradley and offensive line coach for the Jaguars; he was subsequently named head coach on December 19, 2016.

Mrs. Marrone path as as a coach’s wife started in 1992, when her husband became tight ends coach at Cortland’s State School, a year later he was named offensive line coach at U.S Coast Guard Academy before he joined Northeastern University in 1994.

In 1995, he served as tight end coach at Georgia Tech; joined The University of Georgia in 2000 and then came the big guys.

Doug Marrone a 1991 Syracuse graduate with a degree in liberal arts, was the sixth-round draft pick of the Los Angeles Raiders in 1986; the following year he played with the Miami Dolphins and with the Saints in 1989. He retired in 1992 after playing a season with the NFL Europe’s London Monarchs.

There is so little information about the lovely Mrs. Marrone. So far, we know that she was born Helen Hughes on December 31st, 1969. She can also be found under the name Helen D. Donnelly.

Helen and Doug Marrone married since 1999, have three children together; daughters, Madeline and Anne, and a son, Mack. 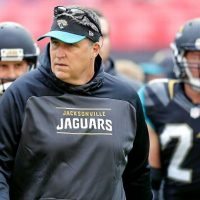 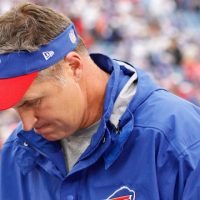 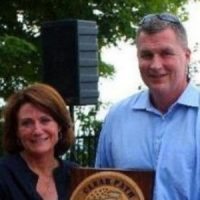