Katy’s boyfriend passed away on his birthday at age 34 from pneumonia. Aschoff who graduated from the University of Florida in 2008 – joined ESPN in 2011 as part of the SEC blog network, which covers the NCAA Southeastern Conference.

Previously he served as The Gainesville Sun/GatorSports.com recruiting beat reporter for UF football, basketball and baseball from 2007 to 2011 and helped create the weekly online recruiting show that ran from the fall of 2010 to the spring of 2011. He has been a sports freelance writer for SOBeFiT Magazine, Warning Magazine and Rivals.com.

During the past three seasons, Aschoff reported from college campuses across the U.S. for ESPN.com, SportsCenter, SEC Network and ESPN radio, ESPN reported. He was both a television and radio sideline reporter during games.
He was also planning to get married in 2020. In addition to members of his family he is survived by fiance, Katy Berteau. 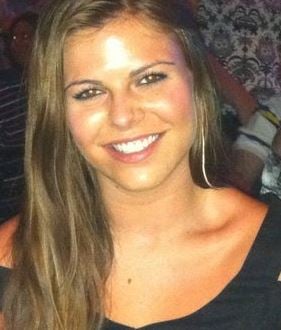 Katy Bertau and Edward had been dating for years, and were planning their wedding for April of 2020. She actually popped the question to him in December 2018.
Though she dated a public persona, Katy has enjoyed staying out of the limelight. Through their relationship she kept a low profile and even has her social media profiles on private. However following the well-wishes from people around the country remembering Aschoff she took to Instagram to thank everyone for their condolences.

She also opened up about her fiance’s passing saying he had been diagnosed with pneumonia and a rare immune disease before his death. Katy went onto say Aschoff was taken to the emergency room and diagnosed with multifocal pneumonia, but after failed antibiotic treatment, he was admitted back to the ER. Tests and biopsies revealed that he had hemophagocytic lymphohistiocytosis, or HLH, a rare immune system disease.
Berteau said that ‘within three days in intensive care’ Aschoff died.

Katy was born Lorree Catherine Berteau on December 11, 1988; the lovely lady graduated from the University of Florida with a Bachelors of Science in Psychology, with an emphasis on women’s studies and sexuality. Katy also holds a Master’s degree in Sexuality Studies -from San Francisco State University.

According to a speaker profile, she went on to work in several community-based organizations as a Victim-Survivor Advocate in north Florida, until she transitioned into doing the same work at the Georgia Institute of Technology in Atlanta, Georgia. While at Georgia Tech, she created the sexual and domestic violence response program in the Health Initiatives Department, before moving to Los Angeles. She is currently listed as a Research Project Coordinator at UCLA Luskin School of Public Affairs.