Reva Altman is the lovely wife of college basketball coach, Dana Altman. Her husband is the current head coach of the University of Oregon Ducks men’s basketball team.

He began his coaching career in 1980 as an assistant coach on the Western State staff from 1980-82. He followed onto Southeast Junior College from 1982–1983. In 1983, Altman accepted the head coaching position at Moberly (Mo.) Junior College.

He then arrived at Kansas State in 1986 as assistant coach. Followed to Marshall 1989–1990. The following four seasons form 1990 until 1994 he served as head coach at Kansas helping K-State to the NCAA tournament and NIT Final Four. 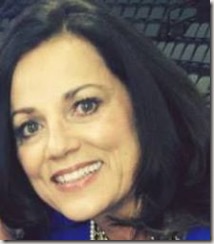 She and her husband have been married for 30-plus years and together welcomed four children.

Dana is the proud mother of sons, Jordan, Chase, Spencer and daughter; Audra.

The couple’s son, Jordan Altman is entering is first season at Garden City Community College. According to his bio, Jordan comes to Garden City after serving as Head Coach at a junior college in Washington (Grays Harbor College) from 2012-2015.

In 2010, the family had to move after her hubby’s 16 seasons at Creighton. Though the transition wasn’t the easiest, Reva Altman kept by her husband’s side all the way.

Reva and daughter Audra remained in Omaha until they awaited for her graduation from Millard West High School back in December 2010.

Upon her arrival, Dana first lived in an apartment while the family conducted an extensive search for a home.

Born Reva Phillips, she is a Stanton, Nebraska native. Reva Altman is also a former student from Fairbury Junior College –where we assume she first met her hubby.