Tara’s husband was until recently, a basketball coach at Vanderbilt University. He served as the Vanderbilt Commodores for the last three seasons and had three years remaining on his six-year contract, however, he will not be returning next season after the Commodores just finished their worst season in program history.

Bryce is a Louisiana native born September 21, 1974 –he attended Valparaiso University where he became a legend, for his performance on the 1998 NCAA Tournament.

After a six year stint in the NBA and a couple of seasons playing in Europe, he turned to coaching and became an assistant at Valparaiso –his alma mater –in 2005. He became the Crusaders head coach in 2011. He assumed the coaching position at Vanderbilt in 2016.

His lovely wife Tara Thibodeaux who goes by Tara Drew –has nothing to do with the sports world, however she’s won awards doing her own thing. 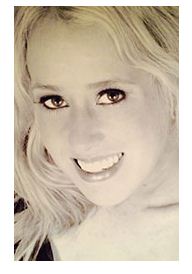 Tara followed into her mother’s footsteps, as an accomplished dancer and choreographer herself. She began dancing as a toddler and was trained at Ballet Magnificat School of the Arts.

At age 15, she was a semi-finalist in the V USA IBC International Ballet Competition held in 1994.

She was also a member of the Atlanta Hawks NBA dance team in 2001 and 2002. Most recently in 2017, Tara Thibodeaux won the prestigious Outstanding Choreographer Award at the Youth American Grand Prix in Chicago for her “Dying Swan”

According to a profile, she taught at Eclipse Performing Arts in Chesterton, Indiana for ten-years and is currently a teacher in Nashville, Tennessee.

In addition, the talented blonde is also the mother of the couple’s 4-year-old son, Bryson.