Lupe Izzo is the lovely wife of Tom Izzo –who serves as head coach for the Michigan State Spartans.

Lupe’s husband is a former player turned coach, he is well known for his successful career as the Michigan State Spartans head coach –which he has been since 1995. College coaches want to be him and guys want to play for him; many consider Izzo the best at his job. He’s established MSU as one of the premier programs in the nation.

The Michigan native born January 30, 1955; was a Division II All-American while playing for Northern Michigan University. He was named the Associated Press National Coach of the Year in 1998; and won his first National Championship with Michigan State in 2000.

But enough about Tom, we’re here to tell you about his lovely wife. 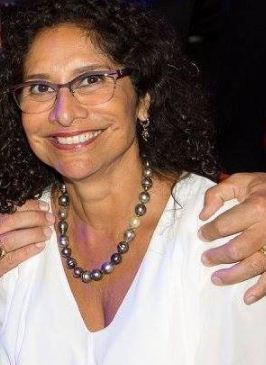 Lupe Izzo was born Lupe Marinez, the brunette is originally from Texas, but grew up in East Lansing, Michigan.

For their first date, Tom invited Lupe to a Michigan State game; it certainly worked because the couple tied the knot in 1992 at St. Thomas Aquinas Parish in East Lansing. Tom had popped the question in front of their families during Christmas.

Together they share two children, a daughter and a son. Lupe Izzo first gave birth to daughter Raquel in 1994. A Few years later, they decided to adopt their son, Steven –who is six-years younger than his sister.

Raquel Izzo who goes by ‘Rocky’ attended Michigan State University where she studied media management. She is currently in a relationship with Matthew McDonald.

The longtime coaches’ wife and mom of two has also been pretty involved in the lives of her husband’s players. She’s certainly been a great support and fan of her husband all these years.