Kathleen Beilein is the supportive and loving wife of college basketball coach, John Beilein. Her husband is the current head Men’s Basketball Coach at the University of Michigan.

Kathleen’s hubby was born John Patrick Beilein on February 5, 1953. The New York native is considered to be one of the best tactical basketball minds in the country.

Beilein played four seasons (1971-75) at Wheeling College (now Wheeling Jesuit University) serving as team captain during his junior season. He received a bachelor’s degree in history from Wheeling before earning a master’s degree in education from Niagara in 1981.

Prior to coming to Ann Arbor, Beilein brought great success to the West Virginia men’s basketball program for five seasons.

In 10 seasons in Ann Arbor, Beilein has collected over 215 victories. placing him on top of Michigan’s all-time wins list — breaking the program record in a Big Ten Tournament game win over Illinois (March 9, 2017). He has guided U-M to seven NCAA Tournament appearances, including helping the Wolverines make their return after an 11-year NCAA Tournament absence as well as a trip to the Final Four in 2013 following a 20-year wait.

John has also been extremily succesful in his personal life. He and his lovely wife Kathleen have been happily married for nearly four decades. 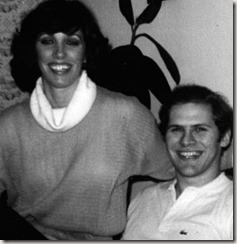 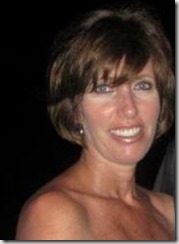 Son Patrick has gone on to serve as the Director of Basketball Operations at Bradley University. Patrick previously served as a graduate assistant on his father’s staff for two years.

Mark is a former football player at Richmond who currently works for Alro Steel while Andrew is a Michigan graduate who is now working for the Business Roundtable in Washington, D.C.

Daughter Seana worked at Henrico County Public Schools and is currently married to Ryan Hendricks with whom she has three adorable children: Finley, Johnny and Charlie.

Kathleen Beilin is a former flight attendant. She worked United Airlines, a job that forced her to move from Buffalo to Chicago. At the time she and John had already met and due to her job requirements their relationship meant they had to fly back and forth to see the other.

Prior to her job with United Airlines, Kathleen Beilein was a teacher working with special-needs children.

She and John eventually made it to the altar and since then, the wife and mother of four has been totally dedicated to her husband and his career, so much that reports say she has attended most games in John’s 38 years as a college coach.

Being the wife of a sports coach means moving is almost a given. It for Katleen Beilein it wasn’t the exception. Kathleen and her husband welcomed their first child, daughter Seana in Syracuse while her dad toiled as a Divison II coach for eight years at Le Moyne.

While, the couple and by then family of five, welcomed their fourth child Andrew, in Buffalo, Richmond. The family of six would later move to West Virginia as Beilein climbed the Division I ranks.

No doubt Kathleen is a supportive mother and wife.