Morgan Mayberry is the gorgeous girlfriend of college football player, Baker Mayfield –who plays the quarterback position for the Oklahoma Sooners.

Morgan’s man has made a name for himself by leading a brilliant career for the Sooners. Born Baker Reagan Mayfield on April 14, 1995; the Austin, Texas native is currently 26-4 as the Sooners’ starting quarterback, and has taken them to the Sugar Bowl and the College Football Playoff.

Mayfield has thrown for a staggering 7,665 yards, 76 touchdowns, and only 15 interceptions in his last two years with the Sooners. Last year, his completion percentage hung at 71 percent, an incredible margin for someone who throws as much as he does.

He didn’t have a good star of the year however, the hunky player was arrested in February on charges of public intoxication, disorderly conduct and fleeing and resisting arrest. Mayfield apologized for the incident, calling that night the “biggest mistake” of his entire life. However his girl has remained by his side. 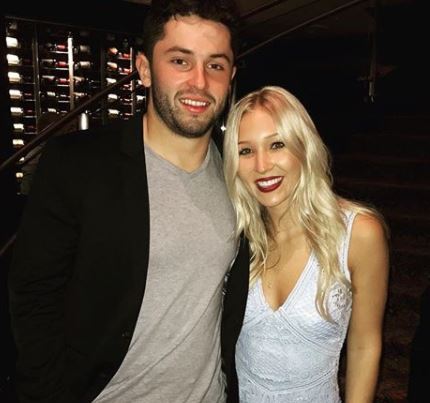 Morgan Mayberry is a Tulsa, Oklahoma native and current college student. Morgan who is in her early 20’s goes to The University of Oklahoma. 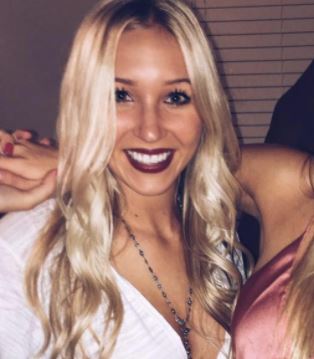 The two began dating sometime last year. The pretty blonde debuted on Baker’s social media about a year ago, right around September 2016.

Morgan Mayberry seems like a popular girl, her social media shows she’s always smiling and having a good time with her large group of girlfriends.

She was previously in a relationship with another football player named, Hayden Hillenburg. The two were an item for at least two years, ending the relationship in 2015, making room for Mayfield. Do you think she dumped Hayden for Baker?

Morgan Rae Mayberry was born on March 15, 1996, in Oklahoma. Parents are Dawn and Walter Mayberry.