Amy Miller is the lovely college coach wife of Sean Miller, currently head coach of the Arizona wildcats. Her hubby has been in his current post since 2009.

Sean played point guard in high school for Blackhawk High, in Beaver Falls, Pennsylvania then went on to play collegiately at Pittsburgh.

The College basketball coach has led Arizona to the Sweet 16 in 2012-13 and the Elite Eight in 2013-14. He also coached several prominent NBA players, including Derrick Williams at Arizona and Jordan Crawford at Xavier University.

In case you wonder what would Sean be if he didn’t coach, he’d probably be an actor. Prior to becoming a college coach, he was in a cult classic movie The Fish that Saved Pittsburgh –thanks to his ballhandling skills.

Sean who began coaching in the early 90’s took several assistant positions including at Wisconsin, Miami (OH), Pittsburgh, NC State and Xavier. He holds a degree in Communications.

For most of his playing and coaching careers, Sean has enjoyed the unconditional support of his wife, Amy. Meet her below. 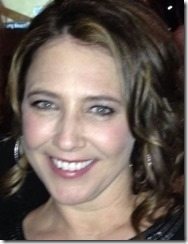 47-year-old Amy was born Amy Christine Watterson. The Pennsylvania native is the daughter of Glenn and Susan Watterson. Amy attended Blackhawk High School where she and Sean first met.

The high school sweethearts were the typical couple with Amy a then cheerleader and Sean, a transfer student who had joined the basketball team.

Amy and Sean also dated through their college years while at the University of Pittsburgh. The two exchanged vows in 1993 and since then have welcomed three children.

Amy who officially became Mrs. Miller on August 7, 1993, in Mount Pleasant Church in Darlington –is the mother of the couple’s three sons, Austin, Braden and Cameron.

The wife and mom of three has an exceptional sense of humor to prove it, let’s take exhibit A) Amy Miller is frequently complimenting her on the uniqueness of her Twitter handle, @abballwidow –which stands for ‘a basketball widow’. The clever name which is also used as her email address, came to be, as she explained in an interview, at the fact her husband is rarely home.