Andrea Hurley is the loving and supportive wife of University Basketball Coach, Dan Hurley –who recently signed a deal to be the next men’s basketball coach at the University of Connecticut.

Andrea’s hubby is officially the new head coach of UConn men’s basketball. Hurley turned down Rutgers, of the Big Ten, and Pitt, of the ACC, to take over at UConn.

Dan has emerged through the ranks, first rebuilding the teams at St. Benedict’s Prep School in New Jersey, at Wagner College and most recently, at Rhode Island –where he spent the last six years. 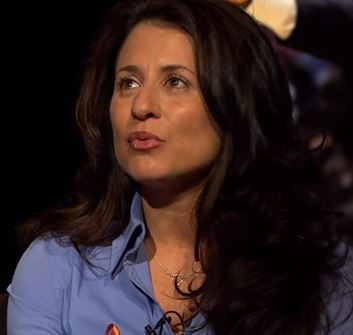 In fact, she was honored with the 2016 Sandra C. Labaree Volunteer Values Award from the American Cancer Society. Andrea organized the Coaches vs. Cancer 5k at URI, and to date, has helped to raise over $15,000 through the Coaches vs. Cancer program. Her motivation, creativity and passion to support those affected by cancer is truly inspiring. Ever since arriving at Rhode Island University with her family, Andrea Hurley was determined to raise funds and awareness in the ongoing battle against cancer.

Her determination stems from the sad passing of her father, Mr. Ken Sirakides –who sadly succumbed to colon cancer in 2005. Andrea told the audience while being honored in 2016 “I don’t want anybody to ever feel like I felt with my dad,” “He’s missed so much.”