Tika Pachulia is the loving and supportive wife of NBA center, Zaza Pachulia. Her hubby who is of Georgian nationality, currently plays for the Golden State Warriors.

Tika’s hubby was born February 10, 1984 in the Soviet Union. Prior to his career in the NBA he put Georgia on the map, winning multiple titles for the national team.

Zaza who was oddly tall for 13-year-old caught the attention of scouts and eventually became the captain of the Georgian national team. He began his professional career in 1999 with the Turkish team Ulkerspor.

Zaza who also plays for Turkish team, Galatasaray was traded to the Dallas Mavericks in 2015. The following season he signed a deal with the Golden State Warriors.

Aside from basketball Tika’s hubby is quite the business man. During the period the family lived in Atlanta, he opened up a restaurant dubbed “Buckhead Bottle Bar” which served French-style bistro.

Pachulia has also served as the style editor for HOOP Magazine and has been a participant in the NBA’s Basketball Without Borders initiative.

It’s been known that Zaza was left a fortune of around $100 million in Russian real estate holdings and business interests by a wealthy uncle. The catch however, was that he needed to get married in order to obtain the money. His uncle probably watched a lot of movies, but still.

That’s where the lovely Tika Pachulia comes in. We’re sure Zaza had no objection into marrying the stunner, meet her below. 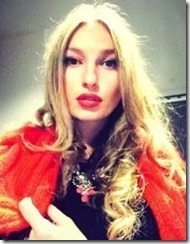 Tika Pachulia and Zaza have been married since 2008. Since then, they have welcomed three children. Tika is the mother of two sons, Davit and Saba, and a daughter named Mariam. 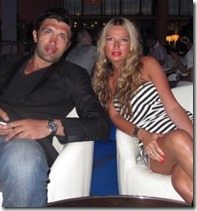 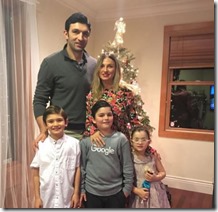 Tika Pachulia is one of those very active NBA wags. Despite being a busy mom of three, she finds the time to post numerous snaps of her luxurious outings, shopping sprees and all the other things that wags do when their married to a famous athlete who happens to have extra dough thanks to his deceased relative.

According to Fabwags, Tika Alavidze Pachulia also found as Tina, was born December 30, 1987 in Tbilisi, Georgia.

Since being the wife of an NBA player is a big deal, Tika herself has gained a decent following on social media. She has over 29K followers on Instagram.

The blonde is obviously her hubby’s biggest fan and aside from attending his games, she enjoys a low profile.