Winnie Harlow is the stunning model girlfriend of NBA player, Kyle Kuzma -who is currently a player with the Los Angeles Lakers.

Winnie’s man is keeping busy these days as the Lakers are doing their thing in the Western Conference Finals agains the Denver Nuggets so we may be seeing his gal around as well.

The 25-year-old Michigan native forward began his NBA career with the Los Angeles Lakers in 2017. He played high school basketball at Rise Academy in Philadelphia; and later played college basketball at the University of Utah.
He was drafted 27th overall in the 2017 NBA Draft by the Brooklyn Nets, then traded to the Lakers on draft day.

Prior to his relationship with the renowned model Winnie Harlow, Kyle Kuzma was in a relationship with another hottie, Katya Elise Henry who is herself a fitness model and social media star with over 7 million followers on Instagram. Katya and Kyle apparently split up in early 2019 after she repeatedly said on YouTube videos the baller simply ‘couldn’t handle her.’

Winnie and Kyle got together earlier this year, and since the lovebirds haven’t been shy about sharing their love on social media. Reports of the couple first surfaced in around May. The two got together after first meeting at a Harper’s Bazaar party in New York City last September.

Check out more interesting info about Harlow below.

1. She hails from Canada 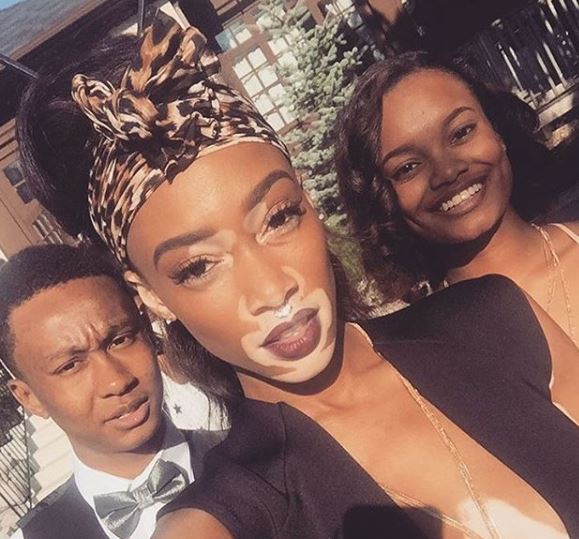 Winnie Harlow was born Chantelle Whitney Brown-Young on July 27, 1994; in Mississauga, Canada. Her parents are Lisa Brown and Windsor Young who are also parents to Winnies’ siblings including sister, Christina Harlow. She is of Jamaican descent.
During an interview she revealed the name Winnie literally comes from Winnie the Pooh! -because growing up she was a huge fan. Her family however, still calls her Chantelle.

2. She is known for suffering from Vitiligo 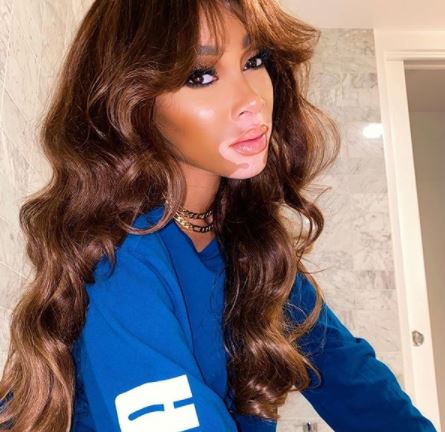 Winnie was diagnosed with the skin condition vitiligo at age four. As a result, she was bullied as a child because, leading her to dropping out of high school and having suicidal thoughts. She used to be called ‘cow’ and ‘zebra.’
After coming to peace with her appearance, she has used it to inspire others. 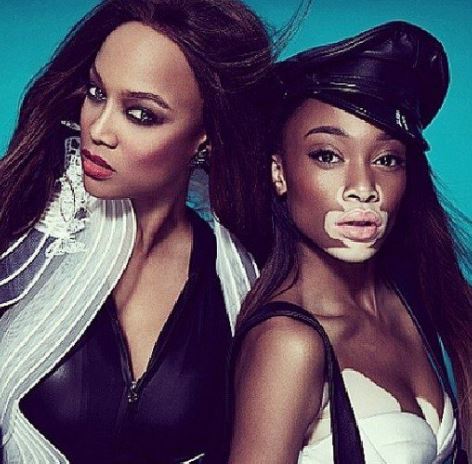 She was asked by Shannon Boodram to be a part of Shannon’s YouTube music video “Natural Me” in 2013, opening the door for her career in modeling.
Harlow was a contestant on on the 21st season of The CW’s America’s Next Top Model in 2014, and she made it into the final six before being eliminated.
In addition to modeling, Winnie Harlow has also gone on to appear in music videos for Eminem and Beyonce. She was featured in the music video for Eminem’s song “Guts Over Fear.”

4. She’s been a huge success in the fashion world 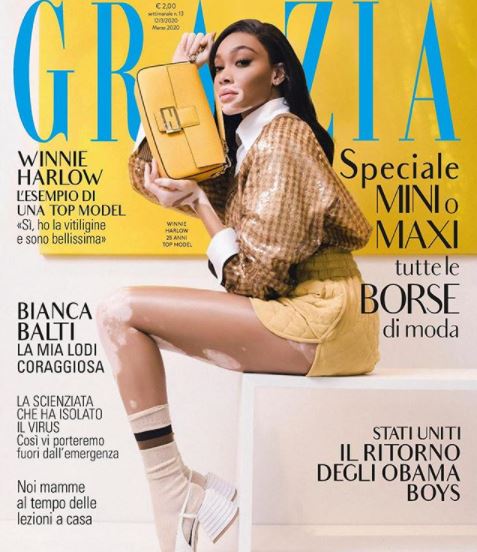 Winnie who growing up had wanted to an entertainment journalist, went from social pariah to global “it” girl.

She modeled for the Spanish and Italian editions of Glamour magazine and was featured in the August/September 2015 issue of Complex magazine. She’s also been featured in Cosmopolitan, Vogue Italia, Ebony magazine and many more. She also became the first model with vitiligo to ever walk the Victoria’s Secret Fashion Show.

5. She dated a rapper 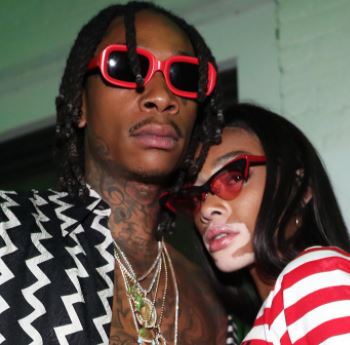 Winnie used to be in a previous relationship with non other than Wiz Khalifa. The two got together in 2018, and even made their red-carpet debut at the Victoria’s Secret Fashion Show. However the two split up in 2019.