You are here: Home / NBA / Who is Mercer Kevin Canevari´s girlfriend? 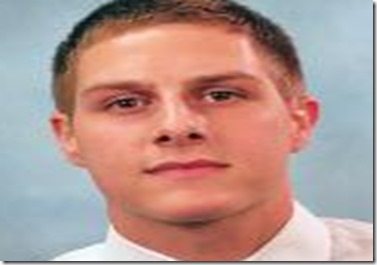 Is that time of the year, to talk about college basketball and NBA upcoming stars. It appears we have this year’s Cinderella story according to several sport portals. The underdogs –The Mercer Bears took down Duke Blue Devils, and the team was obviously fired up after the 78-71 victory.

22-year-old Senior guard Kevin Canevari was so pumped up after the win that he showed off his dance moves just seconds after the final buzzer, pulling off the popular “NaeNae” dance.


The 5-foot-11 senior who is majoring in Business is the son of Kevin Canevari and Aggie Canevari. He was born on December 6, 1991 in Long Island, N.Y and is the youngest of four children and the only boy. One of his three older sisters is Keri, who played soccer at the College of Charleston. According to his personal info his favorite athlete is Brett Favre. As a in interesting fact he was also recruited by UNC-Asheville and Elon. Below you can see Kevin pictured with his parents, so check out your future in-laws ladies! 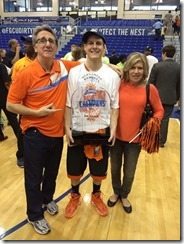 Kevin who’s favorite pre-game meal is a ham and cheese sandwich shows hard work and dedication pay off, when it comes both in his game and dance moves! It’s only natural right, coordination would go with your feet work! 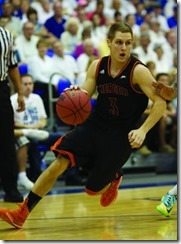 The dance, who was right on queue was extremely fueled with excitement which only makes us wonder more about his personal life; is he currently in a romantic relationship?

If he doesn’t have anyone in the horiszon, his latest dance moevemtns will sure get him many more fans, he already has over a thousand followers on twitter.

Want to know more, well, Kevin hails from Charlotte, North Carolina, attended Lake Norman High but is currently residing in Macon, Georgia. During his 2012-2013 season Canevari played in all 36 games, averaging 10.2 minutes per outing, he registered multiple assists in nine games and set career-highs in points scored, among other highlights.

Kevin’s moves are quickly becoming fodder for YouTube and Vine; there is certainly no need to ask him what his favorite type of music is. Watch below a “Nae Nae” tutorial so you can learn how to dance like Canevari!