Having spent sixteen years representing the Miami Heat, National Basketball Association, Dwayne Tyrone Wade Jr. has made a special place in the hearts of his fans, and so does his wife Gabrielle Monique Union has. She is an actress, activist, voice artist, and author who embarked on her career in the 1990s. Just as Dwayne has won three championships with the NBA, 13-time All Start with NBA, 3-time member, All-Defensive Team, wife Gabrielle has earned her list of accolades. So, do you want to know more about Dwayne Wade’s wife? Players Wives Wiki is going to do that for you!

Before we reach anywhere on how she made a booming career, let’s start with her early life.

Gabrielle Union took birth on 29th October 1972 in the city of Omaha, Nebraska. Her mother, Theresa, worked with a phone company as the manager and was a social worker too. Her father, Sylvester E. Union, served in the military as a sergeant. In her early days only, she was seeded with the empowering principles of being an independent woman and managing things on her own. When she was eight, the Unions relocated to Pleasanton, California.

She feels lucky to be born to such supportive and understanding parents who taught her a world perspective. Even though her parents split after thirty years of marriage, the way they handled the family, made Union feel blessed. Talking of her educational qualification, she is a sociology graduate from the University of California, Los Angeles. 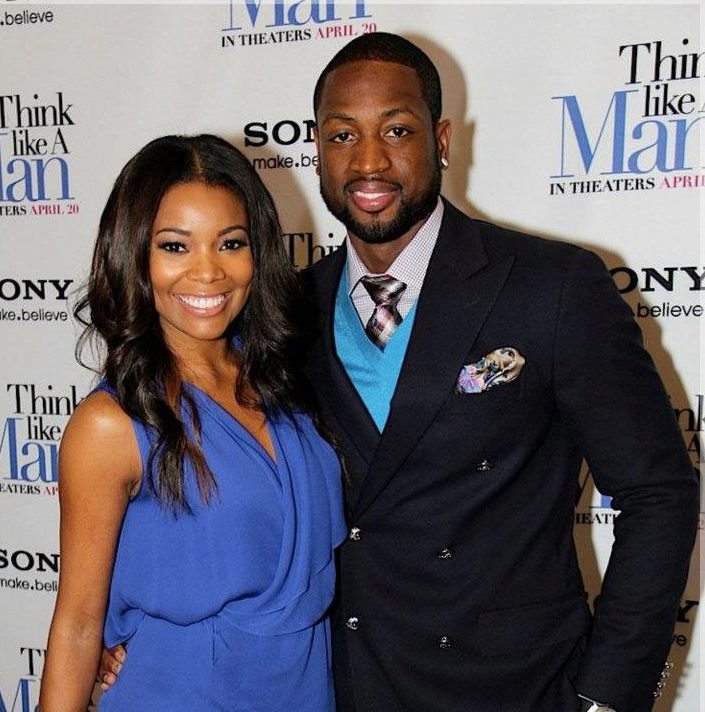 Gabrielle Union and Her Acting Career

Gabrielle made her way in the field of acting with minor roles. She first auditioned for Saved by the Bell and appeared on sitcoms. You can recall her as Klington N’Garen from Star Trek: Deep Space Nine’s sixth season. She also appeared on the series Friends in the episode named The one with a cheap wedding dress.  There, she played the role of Kristen, yes she played Kristen, the girl for whom both Joey & Ross wanted to initiate the love interest. 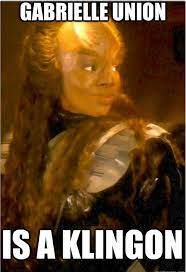 She also appeared in movies, including She’s All That and 10 Things I Hate About You. By now, she has been a part of 37 movies, 41 television series, and 5 music videos. Gabrielle Union is a part of many commercial projects also. The list includes Neutrogena and SensatioNail. She is also behind Love & Behind, which is a clothing line for women of plus size.

Now, that was how she initiated a career in acting, but like said earlier, she is an activist and an author too. As a writer, you can find her work in three books, including a memoir titled We’re Going to Need More Wine. Her work also includes books for children that are Welcome to the Party and Shady Baby. Apart from her acting and writing tasks, you can also find her as a vocal advocate working on issues, including the health of women and violence against them.

Owing to efforts like these, she appeared on the list of 2020s 100 Most Influential People in the World by Time. Being an activist, she even joined efforts with JusticeLA with the purpose of creating a public service announcement for #SuingToSaveLives for the healthcare of residents of Los Angeles. She was also the spokesperson for Breast Health initiatives by Planned Parenthood. She, along with two actresses, came up with a campaign titled Women are Watching.

Union has always been supportive towards the ones who have survived any assault. She even spoke for Jada, a teenager who faced sexual assault after losing her consciousness at a party. The clips of the shameful act were shared online causing more trouble to the victim. Apart from these ways to play her part towards society, Union emphasizes the need for therapy. Undeniably, she flawlessly plays her part as a responsible human being. 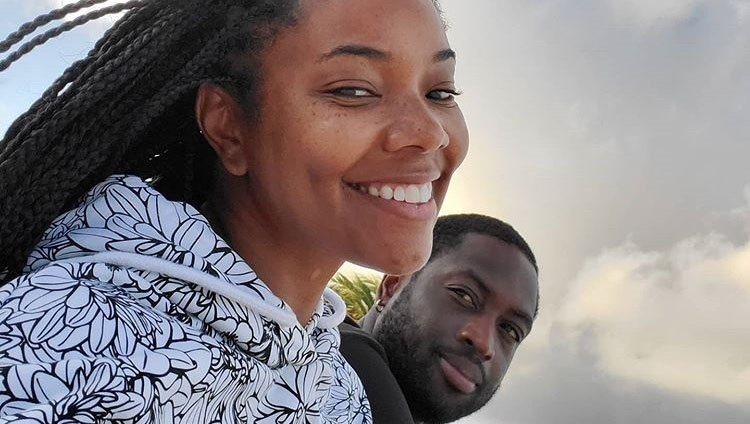 Now let’s talk about relationships, shall we?

When it comes to the relationships of the basketball players, it won’t be uncommon to find questions about who they are married to. If these celebrated names have got divorced, questions connected with their ex-wife or husbands are not new as well. So, let’s talk about Dwayne Wade and his wife.

Do you know that Dwayne Wade was previously married to Siohvaughn Funches, his girlfriend from high school? However, they parted ways after five years of togetherness. By the end of the divorce, Dwayne got custody of all their children. Well, for Gabrielle Union, dating Dwayne was not how she started her love life. Earlier, she was with Chris Howard, an NFL player, and they said their vows on 5th May 2001.

However, they got divorced in 2006. A couple of years later, she started dating Dwayne, and they got married on 30th August 2014. After becoming a stepmother to all his kids, Gabrielle and Dwayne welcomed their daughter on 7th November 2018. The birth of the child happened through the process of surrogacy. So, that was all about their relationships! 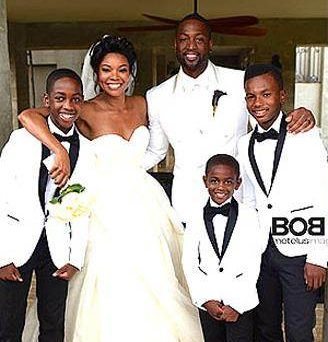 Gabrielle, in an interview, said that before tying knots, they would sign a premarital agreement to save their assets. Do you know which place did they choose for their honeymoon? Tanzania and the Maldives.

Yes, we are aware that you are a huge fan of Dwayne Wade and his wife Gabrielle Union. We can evaluate it with the immense following the celebrated names have on Twitter and Instagram. However, we also want to share how much they are worth in terms of money. So, are you aware of how much Dwayne Wade is worth? In the year, his net worth is $170 million. On the other side, his wife, Gabrielle’s worth is $40 million.

You must have seen Gabrielle on screen several times. Take a look at her sharing screen with her better half here:

That was all about Dwayne Wade and his wife Gabrielle Union. We hope that you liked reading about them. If you did, stay connected with us at Players Wives Wiki for more NBA information!

Hey Readers! Did you read our article on the Hottest NBA wives and girlfriends?