Who is Tim’s Girlfriend?

In this Article hide
Who is Tim’s Girlfriend?
2021 Update : Tim Donaghy now in a Wrestling Referee Scandal?

Carolyn Thomas is the longtime girlfriend of ex-NBA referee, Tim Donaghy –known for being convicted for betting on the games he worked and for providing inside information about pro basketball games to bookmakers.

Carolyn’s boyfriend had been an NBA referee for nine years when, in 2003, he began to place bets on NBA games. He basically bet on NBA games, including many he worked, for four years, while advising professional gamblers about which team to bet on.

In 2017, the 50-year-old appeared to be in more trouble. According to TMZ   and the Washignton Post, Tim was busted again. This time arrested for assault. He is said to have threatened a man with a hammer in what Donaghy said was an attempt at rescuing his daughter.

Born Timothy Francis Donaghy on January 7, 1967; the Pennsylvania native attended Cardinal O’Hara High School in Springfield, Pennsylvania. He went onto attend Villanova University from where he graduated with a degree in Marketing in 1989. He was an active basketball player while attending high school and also during his college years –though it was later reported no records of him ever playing at Villanova were found. 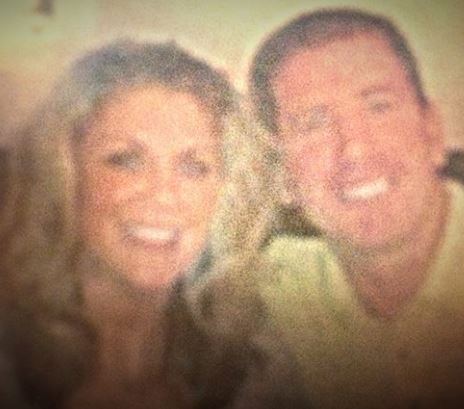 The disgraced referee is currently in a relationship with Carolyn Thomas –who is actually his second wife. He was previously married to Kimberly Donaghy –with whom he fathered four children.

He and Kimberley welcomed four daughters during their 12-year-marriage which came to an end in 2007.

Donaghy was released from prison in November 2009 after pleading guilty to gambling charges in 2007. Life out of prison for Donaghy consist now of running his website, Refpicks –a handicapping service for sports gamblers that employs a dozen other handicappers around the country who specialize in sports other than basketball.

According to NYMag, the bigger gamblers pay Donaghy $6,000 a year for his information and guidance, and some of his whales will pay him up to $50,000 a year for personal advice, which Donaghy delivers over the telephone.

Tim and Carolyn began dating soon-after his release from prison and have been together since. The two have been in a romantic relationship for at least 8-years. Carolyn Russo-Thomas is a hairdresser by profession.

Early in 2021, Tim Donaghy reprised his role as a currupt referee in a Major League Wrestling bought featured on “Fusion”. Catch the tongue-in-cheek drama on MLW’s Youtube channel below;