Beverly Mills is the lovely longtime wife of NBA executive -Steve Mills -who until recently served as the president for the New York Knicks.

Beverly’s husband has been removed from his role as team president, he had been in his role since July of 2017.
Mills took over as team president shortly after the team parted ways with former team president Phil Jackson in June of 2017. Since the start of the 2017-18 season, New York has also failed to make the playoffs and was 46-164 entering this season. At 15-36 this season, the Knicks are essentially out of the Eastern Conference playoff chase again and have had three different coaches (Jeff Hornacek, David Fizdale, Mike Miller) since the summer of 2017.

Born October 6, 1959; Mills attended the Friends Academy in Locust Valley. He later earned a B.A. in Sociology from Princeton University in 1981. While attending college he played basketball for the Princeton Tigers.
Right after college, he took a manager position at Chemical Bank. Two years later he joined the NBA working in a number of roles including account executive, program manager in the corporate sponsorship department of NBA properties.
After 16 years in numerous roles he was named COO and Sports Business President of Madison Square Garden. Then in 2009, Mills left MSG and joined Magic Johnson Enterprises. He was named general manager of the Knicks in 2013. 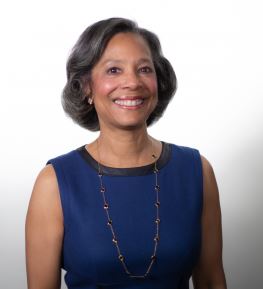 He is happily married to wife, Beverly Mills. She is the proud mother of the couple’s two children, daughters Kristen and Danielle.
According to her social media, Danielle Mills studied at Princeton University and is listed as an Assistant Brand Manager at Peloton.
As for Kristen Mills, she currently resides in San Francisco and is a former Software Engineer at Postmates.

Beverly Mills who goes by Beverly Byrd Mills – is originally from Richmond, Virginia and attended University of Virginia. The spouse and mother of two is a trustee at the Giving foundation at the UVA Arts & Sciences.

Beverly Mills and her husband are the owners reside in the Upper West Side of Manhattan in addition to a home in South Orange, New Jersey.