Joey Williams is the lovely girlfriend of NBA player Shaun Livingston, her man is currently a point guard for the Golden State Warriors.

Joey Williams and Shaun have been together for a while and they recently welcomed their first child together.

Since you probably know that Shaun Patrick Livingston was born September 11, 1985 to Reggie Livingston and Ann Wyman and that the Illinois native won back-to-back Class AA Illinois State Titles with Peoria Central High School in 2003 and 2004; and also that he was drafted 4th overall by the Los Angeles Clippers straight out of high school in 2004 and has since played for the Miami Heat, Oklahoma City Thunder, Washington Wizards, Charlotte Bobcats, Milwaukee Bucks, Cleveland Cavaliers and Brooklyn Nets before signing with the Warriors in 2014 –we would like to tell you about his baby mama and biggest fan, Joey Williams. Meet her below.

Joanna ‘Joey’ Williams was born in 1987 and is one of four children born to mom Joanne Graham.

Joey who has Puerto Rican, Italian and African American descent has two sisters, Amanda and Giavanna; and one brother, T.J.

The wag has done a little bit of everything. She has worked as a model for years and is also an entrepreneur.

According to her Facebook page, Joey Williams also happens to work for one of Las Vegas hottest spots, we’re talking about TAO. The curly haired stunner is a creative production director for the joint which is only visited by all the hottest celebs.

Joey Williams is also the owner and founder of The Chung Marie Group. According to the meltingpotbeauty, she along with close friend, Robbie Hardy created the full service creative production company in order to cater to their clients visions. 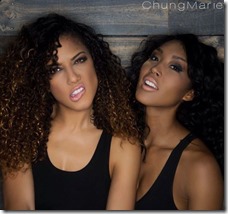 Their services include:  model portfolios, head shots, family portraits, maternity portraits, special events, film and television and much more. In addition, they work with children of all ages, providing an energetic and playful environment.

Aside from all that, Joey has also appeared on a couple of music videos including, Usher’s Trading Places. 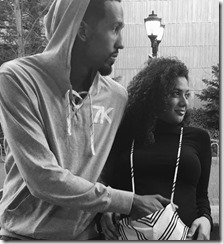 Joey is probably one of the proudest wags. Her NBA stud is in his 12th season in the league and third with the Golden State Warriors. The backup point guard also helped the team win an NBA championship in 2015.

The happy couple announced last September they were expecting their first child together. Joey gave birth to a baby girl named Tyler Marie, on February 2017.

Find the lovely wag and mom of one on Facebook here.